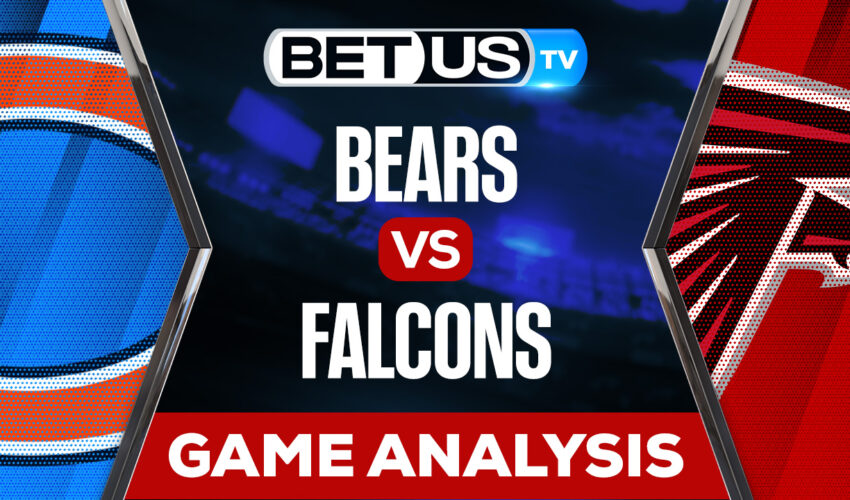 This week 11 of the NFL brings us a game between two teams that have not been able to give their best version. We talk about the game between the Chicago Bears against the Atlanta Falcons.

The Chicago team seemed to start the season with everything by beating the San Francisco 49ers in the first game and where they showed an excellent performance. However, that was something temporary, since the Chicago team has been in decline as the season goes by. The team comes to this game after a string of 3 games being defeated. The team has a negative mark of 3-7 and unfortunately one of the worst players playing as visitors, where out of 5 games played they have only been able to win one of them. They rank last in the north of the national conference with a PCT of .300. For this game, the Chicago team loses players like Khalil Herbert and David Montgomery due to injuries.

While the home team, the Atlanta Falcons have not had a good season either, the Atlanta team comes from two games being defeated, one against the Los Angeles Chargers and the last one against the Carolina Panthers. Those led by their QB, Marcus Mariota, have a negative 4-6 record, however they have the advantage that their home has been a strength for the team, where out of 5 games played at Mercedes-Benz Stadium they have won 3 of them , which is an important point to take into account for this game. The Falcons are second in the NFC South with a .400 PCT, trailing only the Tampa Bay Buccaneers.

According to ESPN Analytics data, the Atlanta team is the favorite team to emerge as the winner with a 68.1% chance of winning the game, against only 31.5% for the Chicago team.

Let’s check the latest NFL picks, news, stats and NFL expert picks for Bears vs Falcons. We’ve plenty of NFL predictions for you to consider.

The implied probability for these two teams attached to the betting lines have Falcons at a 62.26% chance of winning the game, meanwhile Bears have 40.82% probability of finishing the game with the W.