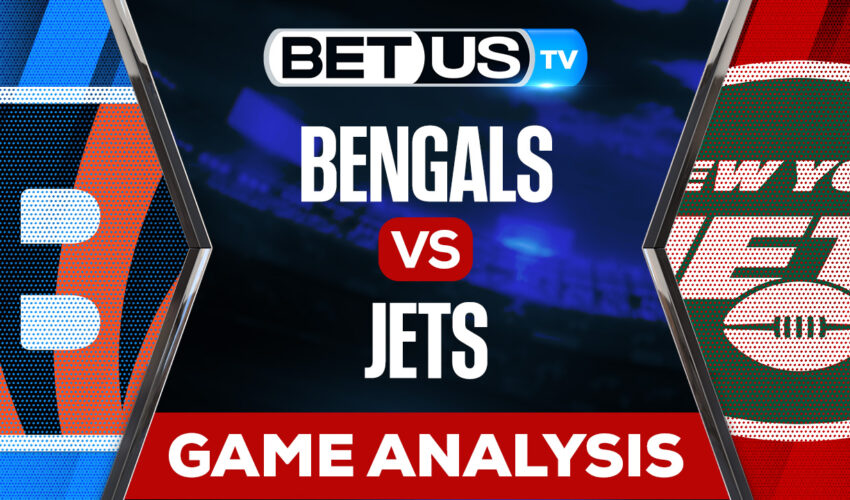 The Jets recovered an onside kick and then Joe Flacco, who was about as good as you can ask on Sunday, found rookie Garrett Wilson for his second touchdown catch of the game to give the Jets a 31-30 win. Joe Flacco is now completing 61.2 percent of his passes for 616 yards, 5 touchdowns and 1 interception.

While things are looking up for the Jets, the Bengals are in some big trouble after losing to Cooper Rush and the Dallas Cowboys in Week 2. The Bengals offense has been destroyed by their poor offensive line, which had apparently been addressed this offseason, but not well enough.

We might get to the point where we underreact Week 2 performances from both of these teams, but the Bengals are showing us all why they couldn’t be trusted last season at times as well. Joe Burrow is a great quarterback, but if he’s running for his life on every play, there’s only so much Cincy is going to be able to accomplish offensively.

The Jets, however, didn’t look great against the Browns on defense, allowing Nick Chubb and Kareem Hunt to run all over them. Jacoby Brissett was also 22-for-27 in the game, and Burrow is a major step up in class from him. That being said, Flacco moved the Jets’ offense down the field much better than against the Baltimore Ravens, and the emergence of Wilson gives the team some scary weapons on the outside.

Let’s check the latest NFL picks, news, stats and NFL expert picks for Bengals vs Jets. We’ve plenty of NFL predictions for you to consider.

The implied probability for these two teams attached to the betting lines have Jets at a 36.36% chance of winning the game, meanwhile, Bengals have 67.74% probability of finishing the game with the W.