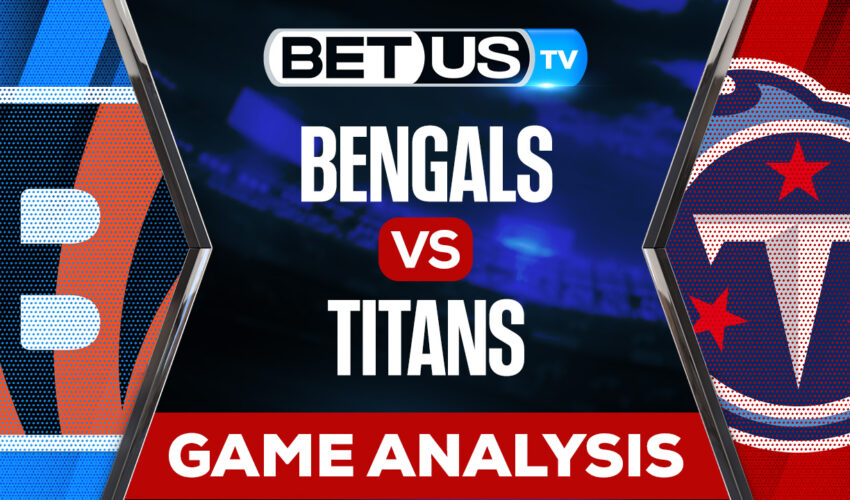 An excellent duel between two teams that are fighting for their place in the playoffs and that are very close to achieving it. We refer to the duel between the Cincinnati Bengals who will have to face off against the very good team of the Tennessee Titans.

After having played the Super Bowl game the previous season, the Bengals entered this season as one of the favorite teams to reach the Super Bowl and it seems that they are on the right track. The team comes from achieving two victories in a row, where one of its strongest points has been its offensive line, which has Joe Burrow as passer leader, Joe Mixon as rushing yards leader and Tee Higgins as receiver leader. These players have known how to lead the team on the road to victory and where they have a winning record of 6-3, but one point that has put them on the tightrope has been their away games, where they have only been able to win 3. They are currently in second position in the north of the American conference.

But in order to continue on the road to victory, they will have to face an excellent team from the Tennessee Titans, who are one of the favorite teams to qualify for the playoffs this season. The team led by its QB Ryan Tannehill also arrives with a streak of 2 consecutive games taking the victory, but the strength of the team has been its defensive line, which has allowed an average of 18.5 points per game. The team is in the first position in the South of the American conference, with an excellent record of 7-3, where they have known how to transform their home into a fortress, since out of 4 games played at Nissan Stadium they have only lost one. from them.

It seems to be a game full of emotions between two excellent teams that need victory to continue with the goal of entering the playoffs, however, the favorite to win the game is the Cincinnati team, who has a 60.5% chance of win the game, against only 39% for the Tennessee team.

Let’s check the latest NFL picks, news, stats and NFL expert picks for Bengals vs Titans. We’ve plenty of NFL predictions for you to consider.

The implied probability for these two teams attached to the betting lines have Bengals at a 55.56% chance of winning the game, meanwhile Titans have 48.78% probability of finishing the game with the W.