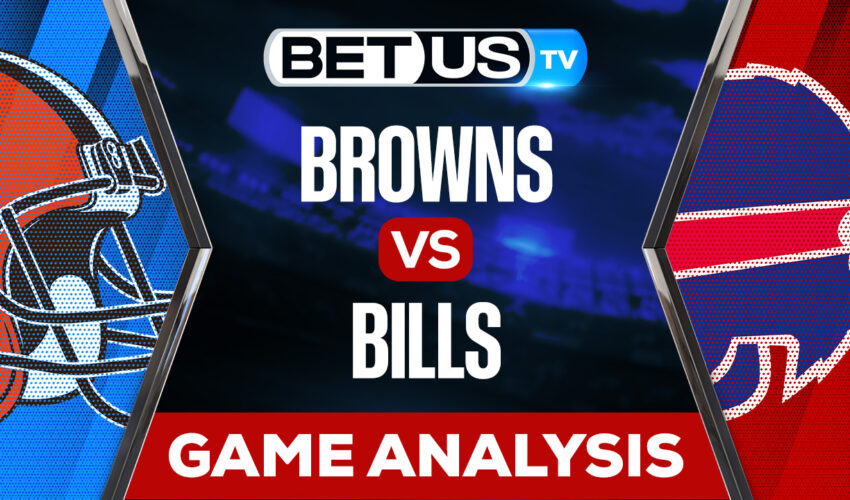 The Browns won the most-recent meeting against the Bills in Cleveland, 19-16, back on Nov. 10, 2019. Buffalo has won its past 3 home games against Cleveland, with the Bills going 4-1-1 ATS in the previous 6 meetings overall.

Cleveland is coming off a frustrating loss to the Miami Dolphins, who scored on every single possession. Now at 3-6, they take on the 6-3 Bills who lost a heartbreaker to the Minnesota Vikings in Week 10. With the game well in hand, Josh Allen fumbled as he tried to sneak out of the shadow of his own goal line and that led to a defensive touchdown and a three-point lead for Minnesota. Buffalo tied it up but then lost in overtime as Allen threw a pick in the end zone while going for the win.

Oftentimes when a team gets embarrassed the way the Browns did on Sunday, they respond with a huge game. However, there’s nothing about Cleveland that suggests they can do this against the Bills. Instead, they’re going to struggle with Josh Allen, Stefon Diggs, and Gabe Davis. They should be able to run the ball since the Bills defensive line isn’t as massive as the Dolphins, but when they have to drop back to pass, Von Miller is going to have a field day.

Buffalo is the clear favorite when playing at home this upcoming Sunday and will most likely take the win in what seems to be the 2022-23 seasons first snow game, as a huge blizzard is predicted for this weekend in Erie County.

Let’s check the latest NFL picks, news, stats and NFL expert picks for Browns vs Bills. We’ve plenty of NFL predictions for you to consider.

The implied probability for these two teams attached to the betting lines have Browns at a 25.64% chance of winning the game, meanwhile Bills have 78.72% probability of finishing the game with the W.