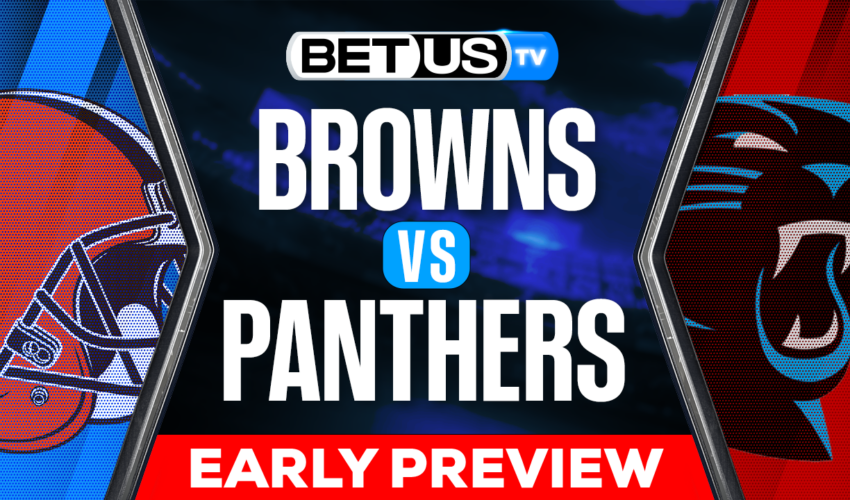 Would you rather have a team with a QB that has the talents but always manages to underwhelm, or a team that has two of the most exciting young prospects when it comes to the QB position but that are also chased left and right by controversy both on and off the field? That’s exactly the case when thinking about who to go with in the Carolina Panthers vs. Cleveland Browns week 1 showdown in Panthers turf. Many questions are still left to be answered before the beginning of this game, such as, which of both teams will Baker Mayfield be suiting up for, and will DeShaun Watson be able to play at all? For now, the best we can do is think about what fans can be in for.

The Cleveland Browns have been for years the team that we wouldn’t mind seeing succeed but almost every time end up making us mad and wishing that they didn’t succeed. While they can brag about having one of the most talented rosters in the league both on offense and defense, as well as one of the better young coaches in the AFC, Cleveland always ends up finding a way to mess everything up and falling flat. As they prepare for the 2022 season, one where the AFC North division will once again be one of the toughest to play in the NFL, for Cleveland, the room for mistakes and the window for success are both shrinking faster and faster as we speak.

After signing DeShaun Watson from the Houston Texans, believing that he could end up becoming the team’s new leader on offense to pair up with the efforts that players like Myles Garrett and Denzel Ward put up on the defensive side of the ball, the question here now is, will Watson even be able to play in Week 1? And if Watson can’t play, thinking that Baker Mayfield hasn’t left yet, will Mayfield want to play? If not, Cleveland will have to resort to third string QB Jacoby Brissett, who might end up having to face Baker Mayfield but dressed up in a Carolina Panthers uniform now.

For Carolina, a lot of what’s to come in the new season might end up riding on what happens with the whole Baker Mayfield situation. Until that is resolved Sam Darnold will be the starter for a Panthers team in dire need of an offensive awakening, from Darnold and star RB Christian McCaffrey amongst others. If that doesn’t happen, this will be a long season for Carolina, a long, strenuous and demanding season that could end up starting with a loss against Cleveland at home in week 1.