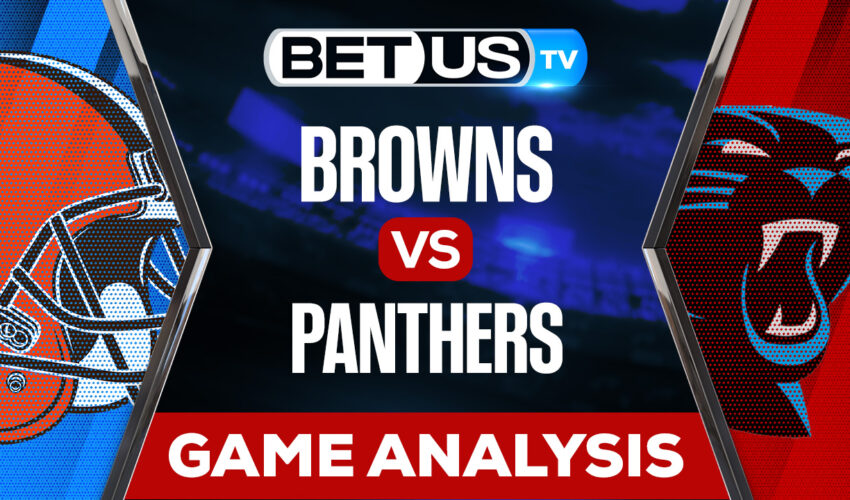 On opening day of the 2022 NFL season, the Cleveland Browns take a trip to Bank of America Stadium to face off against the Carolina Panthers. The highlight of this Week 1 encounter is that the Panthers starting quarterback is none other than Baker Mayfield, who was drafted first overall by Cleveland in 2018.

But the Browns also have a new starter under center in Jacoby Brissett and a new wide receiver too in Amari Cooper so all of these additions should be intriguing as well to see how they handle the first game.

This past week has been another typical controversial week from Baker Mayfield. Cleveland’s former signal-caller denied saying a few choice words about the upcoming game. Again, it seems as though Mayfield needs to create such noise to get himself fired up for games.

The Browns secondary wants to start the season well and they have a talented group back there that can have a great game against their former teammate. Cornerbacks Denzel Ward, Greg Newsome, and newly drafted Martin Emerson will be ready for those targeted throws Mayfield likes to throw when he locks in on a particular player.

On the other side, Baker Mayfield might not be Brady or Mahomes, but he’s an upgrade for the Carolina passing game. He’s got a healthy Christian McCaffrey to work with, his receiving corps is more loaded than it might seem, and it might not take too much to put the pressure on.

In 2021, the Panthers were the only team that didn’t allow a touchdown on the opening drive of every game. Carolina allowed just nine points on opening drives with three field goals, one takeaways and 13 punts. Fun fact: Wide receiver DJ Moore has posted three consecutive seasons with at least 1,100 receiving yards, something only Stefon Diggs has done elsewhere in the league.

Let’s check the latest NFL picks, news, stats and NFL expert picks for Browns vs Panthers. We’ve plenty of NFL predictions for you to consider.

The implied probability for these two teams attached to the betting lines have Browns at a 47.62% chance of winning the game, meanwhile Panthers have 56.52% probability of finishing the game with the W.