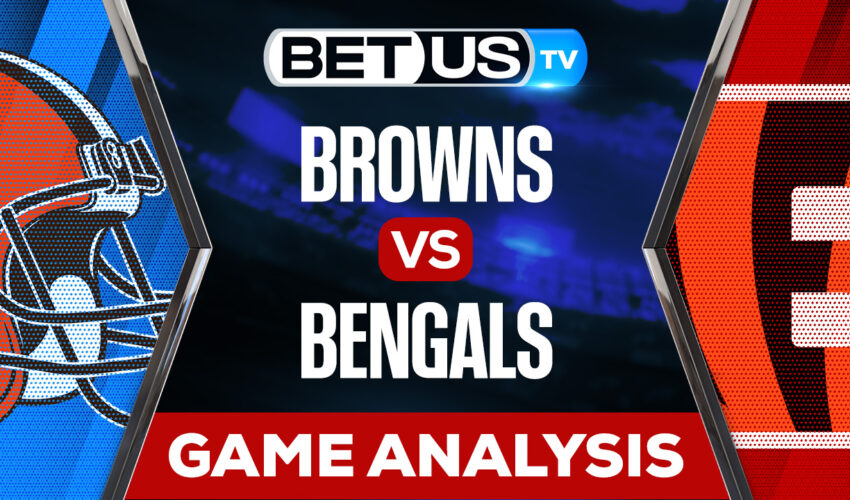 The Cleveland Browns and the Cincinnati Bengals will go head to head for the 2nd time this year. Let’s take a look at what we think it’s important to know for their Week 14 bout.

All the way back in Week 8, the Cleveland Browns hosted the Cincinnati Bengals right on Halloween night, to an absolute nightmare for the Bengals. It was at the time the only Monday Night Football match set for the Cleveland Browns this season, and they managed to defeat the Bengals with a scoreline of 32-13, quite a big deficit.

It was a huge step for the squad as it was on a national stage but also because it stopped a really underwhelming 4 game losing streak. Since that last matchup, the Cleveland Browns have gone 2-2 however the victories have come in back to back recent weeks.

As for the other side of the field,the Cincinnati Bengals, haven’t lost a single game since that night. They have now won 4 consecutive matches and recently took a win against the Kansas City Chiefs in Week 13. After that surprising win, they are heavy favorites going into this Week 14 bout.

This will be the 2nd match for Deshaun Watson as the Cleveland Browns full starter and his 1st match sadly was not a good one.

With nearly 2 years away, he is definitely going to need some adjusting time to get back to the speed of the NFL. We think he will look better this time around but sadly will not be enough to win the head to head matchup versus Joe Burrow. While the Cleveland Browns defense looked way better against Houston, on paper they are still the same previous defense that has been stomped since the start of the season.

As such we will lean towards a Bengals win.

Let’s check the latest NFL picks, news, stats and NFL expert picks for Browns vs Bengals. We’ve plenty of NFL predictions for you to consider.

The implied probability for these two teams attached to the betting lines have Browns at a 32.26% chance of winning the game, meanwhile Bengals have 72.22% probability of finishing the game with the W.