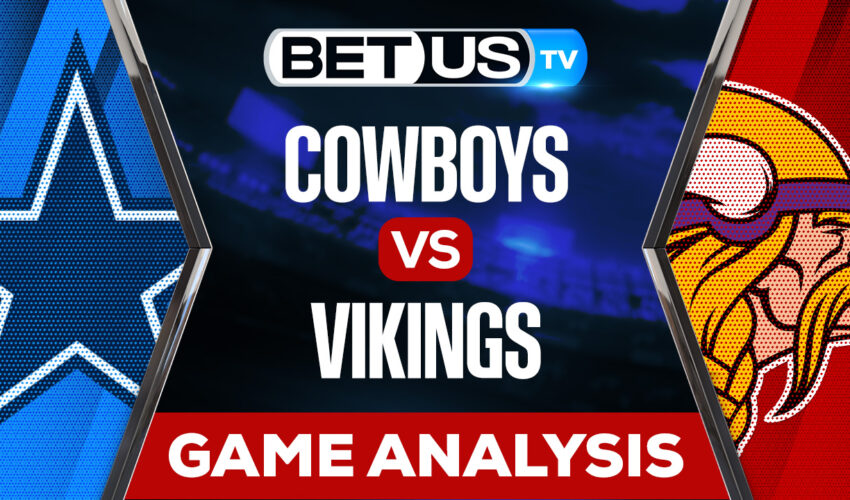 Who can stop the Vikings? Without a doubt, the game this week 11 of the NFL between the Dallas Cowboys and the Minnesota Vikings is one of the most striking games of this day. Two teams that need victory to continue with their aspirations to get into the playoffs.

The Dallas Cowboys team came to this game after a loss against the Green Bay Packers by a score of 31-28, in a very exciting game that would be defined in overtime. One of the good news for the Dallas team is having Dak Prescott back, after having recovered from his injury, but not everything is good for the Cowboys, since they also lose several important figures for the team, such as the case Anthony Brown, Ezekiel Elliott and Anthony Barr, who are a doubt for this Sunday’s game. The Dallas Cowboys are third in the National Conference East, with a 6-3 record and a .667 PCT, a very good record, but with the division so fought over puts them in third place.

The Vikings meanwhile are going through one of their best moments in recent years. The team came from a winning streak of 7 consecutive games, they have made their home a fortress, since they have not lost any home game this season. The emblematic players of the team have brought out their best version to help the team, such is the case of Kirk Cousins, Dalvin Cook and Justin Jefferson, who have had great chemistry and that has been reflected in the good momentum of the team. They have one of the best records of the season, with an 8-1 record, where their only loss was on September 19 when they were defeated by the Philadelphia Eagles. Minnesota is first in the North division of the national conference, which puts them as favorites to win this great game.

It will not be until next Sunday when we know the outcome of this game, if Minnesota manages to extend its winning streak or if it is rather the Dallas Cowboys who surprise the Vikings.

Let’s check the latest NFL picks, news, stats and NFL expert picks for Cowboys vs Vikings. We’ve plenty of NFL predictions for you to consider.