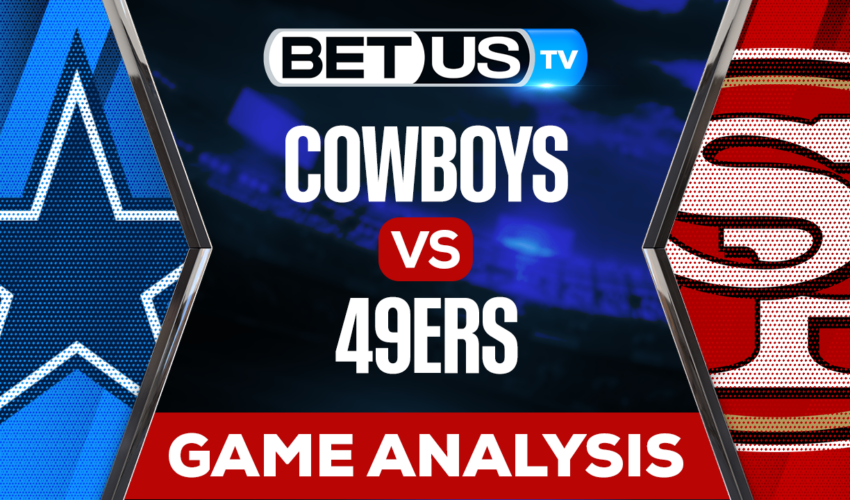 The divisional round of the national conference presents us with a great game between the Dallas Cowboys and the San Francisco 49ers to be played this Sunday, January 22 at Levi’s Stadium.

The Dallas Cowboys come from having beaten the Tampa Bay Buccaneers in the wild card round by a score of 31-14. There is no doubt that the performance of his QB, Dak Prescott, has been one of the best we have seen him this season, in addition to the excellent game played by Tony Pollard, Dalton Schultz and CeeDee Lamb. The Cowboys offensive line has had an excellent performance this season, where they are the fifth best scoring offense with 27.5 points per game, one of their best weapons this season. However, their games as visitors have not been an easy task for the team, since they have only obtained 50% performance as visitors, an important point to take into account, since for this divisional game they will be visitors against San Francisco.

The San Francisco 49ers team arrives as one of the favorite teams to be able to play the Super Bowl. They come from overwhelmingly beating the Seattle Seahawks by a score of 41-23. Despite having a first half where the team was not forceful, in the second half it was the team we have been used to seeing, with a very aggressive offense and exceptional defense. Said defense of the team has been its main weapon, since it is #1 in the season with an average of 16.3 points allowed per game. Surprisingly, Brock Purdy’s performance has been perfect and he has been one of the most important players in this closing season.

This will be the first time that both teams meet this season and what better way than in a divisional game. For this game, the favorites are the Dallas Cowboys who arrive with a 53.2% chance of winning the game, while the San Francisco 49ers arrive with a 46.8% chance, in what will undoubtedly be one of the most popular games. contested in this divisional round.

Let’s check the latest NFL picks, news, stats and NFL expert picks for Cowboys vs 49ers. We’ve plenty of NFL predictions for you to consider.

The implied probability for these two teams attached to the betting lines have Cowboys at a 37.74% chance of winning the game, meanwhile 49ers have 66.10% probability of finishing the game with the W.