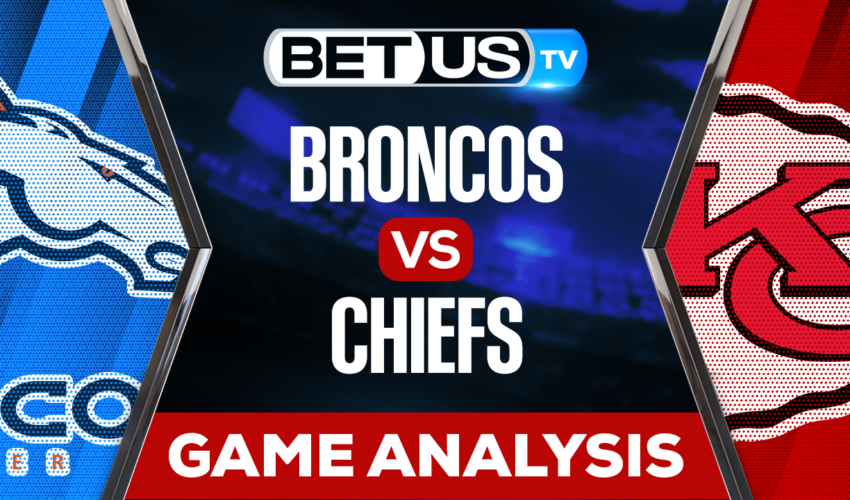 Today we are taking a look at NFL Week 17 action with an AFC West divisional matchup between the highly regarded Kansas City Chiefs and the Denver Broncos, who have also shown promise to be an incredible team.

As with everything in the NFL, a team’s overall perspective can change in a matter of days. Earlier in 2022, everyone was expecting the Broncos to be direct rivals of the Chiefs, with not only a chance to win their respective division but to make an appearance in the Super Bowl.

Nevertheless, arriving in Week 17, the Broncos have sacked head coach Nathaniel Hackett and decided to rebrand their squad, firing several assistant coaches at the same time. Currently with a 4-11 record and dead last in the division, we definitely never saw the Broncos having such a bad season.

There are rumors going around that Nathaniel Hackett was sacked due to Denver’s inability to fire Russell Wilson’s thanks to his contract. However we believe it is way more than that, as the Broncos looked for every penny possible, including giving their future draft capital and salary cap space but sadly the overall process did not work, with everything ending in disappointment.

Not only has the offense looked extremely inconsistent, but there’s been a snowball effect on the defensive side, who sadly had to play way more minutes due to the offense’s inability to maintain a play.

The Chiefs enter the game with a polar opposite record of 12-3, having already secured the AFC West back in Week 15, taking the prophy for the 7th consecutive time.

Even after missing Tyreek Hill, Patrick Mahomes remains at the top of his game. As of the moment, he has completed 66.9% of his passes and also leads the NFL in passing yards with 4020.

With a pretty obvious decision, we take a Chiefs win.

Let’s check the latest NFL picks, news, stats and NFL expert picks for Broncos vs Chiefs. We’ve plenty of NFL predictions for you to consider.

The implied probability for these two teams attached to the betting lines have Broncos at a 15.38% chance of winning the game, meanwhile Chiefs have 88.89% probability of finishing the game with the W.