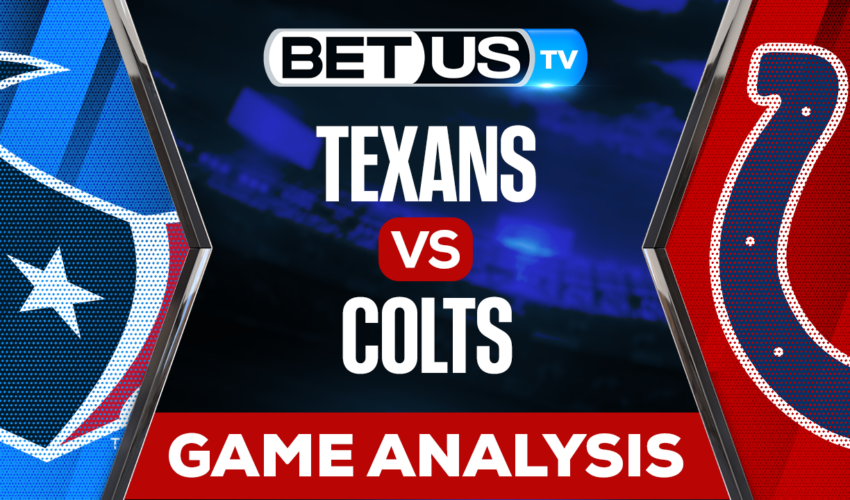 This last week we will have a game corresponding to the south of the American conference, a game that does not have much significance for the playoffs. This is the game between the Houston Texans and the Indianapolis Colts.

The Houston Texans team ended up being one of the worst teams this season. They come from losing their last game played against the Jacksonville Jaguars by a score of 31-3. Their last victory was on December 24 when they defeated the Tennessee Titans by a score of 19-14. Despite the fact that the Houston team had the likes of Davis Mills, Dameon Pierce and Brandin Cooks on its offensive line, that offensive line could only average a total of 16.1, which made it one of the teams with the worst scoring average , while their defense averaged a total of 24.3 points per game. The Houston Texans are last in the South of the American conference with a negative record of 13 losses and just 3 wins and now without any chance of being in the postseason.

The Indianapolis Colts are not far removed from the reality of their rival. The Colts are on a 6 game winless streak. His last victory was against the Las Vegas Raiders by a score of 25-20 and it was on November 13. Like his rival, his offensive line was one of the least prolific of the season, averaging 16.1 points per game. The performance of its most emblematic players was not as expected, such was the case of its experienced QB Matt Ryan, who barely had a total of 14 TDs. The Colts are third in the NFC South with a losing 4-11-1 record.

According to the data analyzed, the team that arrives as the favorite to win this last game of the regular season is the Houston Texans team, who have a 73% chance of winning the game, against only 26.7% for the team of the Indianapolis Colts.

Let’s check the latest NFL picks, news, stats and NFL expert picks for Texans vs Colts. We’ve plenty of NFL predictions for you to consider.

The implied probability for these two teams attached to the betting lines have Texans at a 45.45% chance of winning the game, meanwhile Colts have 58.33% probability of finishing the game with the W.