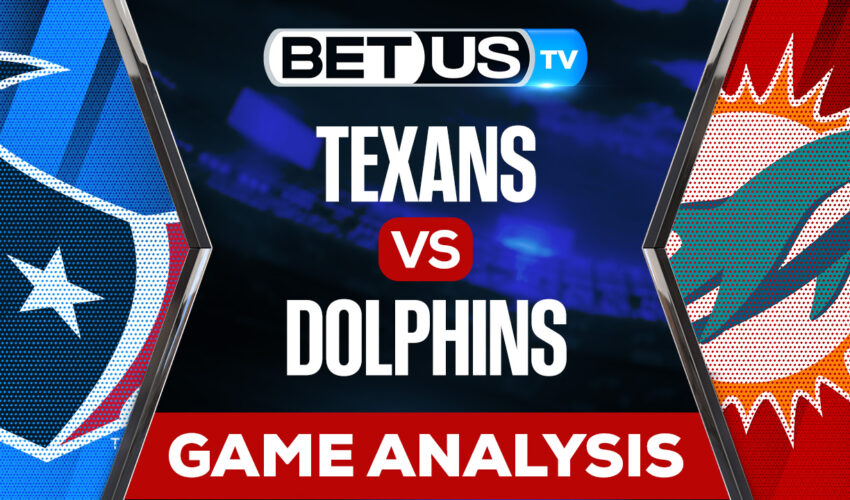 One of the most uneven duels of the season.

Week 12 of the NFL presents us with a duel between the worst team of the season against one of the surprises and the best teams. We are talking about the game between the Houston Texans who will have a very difficult visit to Miami to face the Dolphins.

There is no doubt that the biggest disappointment of the season has been the team of the Houston Texans and there are still several games left until the end of the regular season, despite this the Texans have no chance of getting into the playoffs. The team led by Lovie Smith never quite found its game, despite having important players like Davis Mills, Daemon Pierce and Brandin Cooks, who have contributed very little to the team this season. It is one of the teams that scores the least per game, with an average of 15.9 ppg. They currently sit last in the South of the American Conference with a .150 PCT and the worst record of the season, where they have only won one game for a total of 1-8-1. Unfortunately, they have to travel to Miami and playing as visitors they have only been able to get one victory all season.

The Miami team has undoubtedly been one of the surprises this season. Very few bet on this team and without a doubt it is already one of the favorites to fight in the playoffs. The Dolphins come to this game with a streak of 4 consecutive games without losing, the last time this happened was on October 16, when they lost to the Minnesota Vikings by a score of 24-16. The return of Tua Tagovailoa was one of the highlights of his season. The Dolphins are first in the AFC East with a 7-3 winning record and favorites over teams like the Buffalo Bills and New England Patriots. As if that were not enough, the Miami team is one of the best playing as visitors, since out of 5 games at Hard Rock Stadium they have only lost one.

According to analytics data, Miami has an 85.7% chance of winning the game, against a very poor 14.2% for the Texans.

Let’s check the latest NFL picks, news, stats and NFL expert picks for Texans vs Dolphins. We’ve plenty of NFL predictions for you to consider.

The implied probability for these two teams attached to the betting lines have Texans at a 16.95% chance of winning the game, meanwhile Dolphins have 87.50% probability of finishing the game with the W.