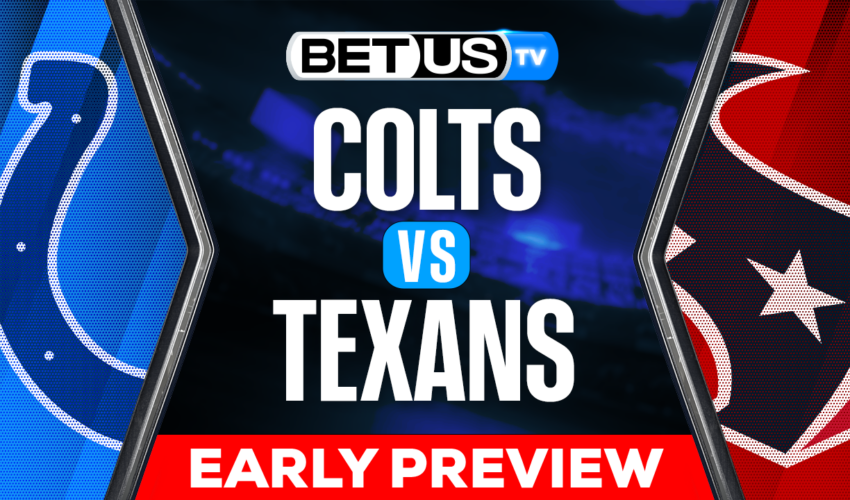 A lot is expected from the Indianapolis Colts in this upcoming 2022 season as Matt Ryan takes over the QB spot in Indy after joining the team from the Falcons and seeing Carson Wentz leave for the starting position in Washington with the Commanders. Now, with the new NFL season almost upon us, all signs point towards this year being the one where the Colts will finally be ready to give the Tennessee Titans a true battle for the AFC South title, something that they haven’t been able to do in the past seasons. In their way in week 1 will be the Houston Texans, who will be having coach Lovie Smith as their new HC trying to revert this team’s negative streaks from last season. Will the Texans have enough to come out of week 1 with a massive upset or will the Colts begin their race to the AFC South crown with a road win in Houston?

It’s almost impossible not to like the work that the Indianapolis Colts have been putting in this offseason in order to make their roster one of the best in the AFC. From bringing in former Falcons QB Matt Ryan to take over the starting position, to strengthening their already pretty impressive defensive line with the additions of CB Stephon Gilmore and pass rusher Yannick Ngakoue, the Colts are putting the AFC on notice that they are ready to step up and have big plans brewing with strong postseason implications in mind.

This team has consistently shown that their improvements are not a thing of luck or anything else, but a true work and effort from the team’s front offices as well as their coaching staff to make sure all of the best players they can find join the team. Look at the offensive line, led by Quentin Nelson for example? How about last season’s rushing phenom Jonathan Taylor, who will surely have another stellar season in 2022? Darius Leonard and company on defense play like every down was the last one they were ever going to play, showing a true hunger for bringing this team to the next level, one where finally taking control of the AFC South division is key.

Houston on the other hand, well, at least they have good health, right? As they prepare to ride on with 2nd year starter Davis Mills at the starting QB position, with new head coach Lovie Smith calling the shots and more doubts than certainties, the road for the Texans in this 2022 season looks more and more like one of the steepest in the league. Houston doesn’t have what it takes to put up a valiant fight against the Colts, and while Mills will surely continue to improve and become an even better version of himself, seeing the Texans win this game is as far fetched as seeing BigFoot in all honesty, it could happen, but nobody will ever believe it actually happened.