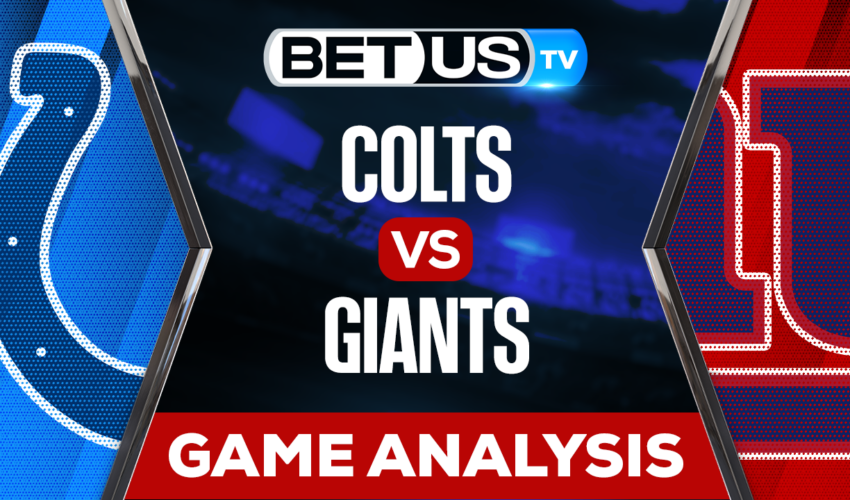 Week 17’s matchup between the Indianapolis Colts and the New York Giants will have a pretty big impact in deciding how the NFC playoff stage will shape. The overall situation for New York is rather simple, if you win you get in. If NY loses this will open up a plethora of scenarios that the Giants will definitely like to close out.

Even though both teams are coming into this game after tough losses, the Giants previous game was hardly fought until the last second, finishing with a 12-3 scoreline versus the Minnesota Vikings. Indianapolis had a polar opposite situation, they started their 3rd different quarterback of 2022 and lost 20-3 against Los Angeles.

As of the moment, head coach Jeff Saturday has already stated that Foles will go ahead and start in the last 3 games of the season, so it would be rather weird to imagine they go back to Matt Ryan after benching him twice already in 2022.

New York currently ranks 20th in opponent points conceded per game with 22.6 and 27th in opponent yards conceded per game with 366.3. However, they have played against a plethora of the best offenses in the NFL, such the likes of: the Eagles, Cowboys, and Vikings. On top of that, even if Foles, Ryan, or even Sam Ehlinger are playing, the Colts offense is simply water under the bridge right now.

As of the moment they rank 31st in points scored per game with only 16.5, the only team below them are the equally disastrous Denver Broncos. Based on what we just saw last week versus the Chargers, it’s hard to think that this Indianapolis squad will somehow take a win this time around.

As such we take a Giants win for this match.

Let’s check the latest NFL picks, news, stats and NFL expert picks for Colts vs Giants. We’ve plenty of NFL predictions for you to consider.

The implied probability for these two teams attached to the betting lines have Colts at a 33.33% chance of winning the game, meanwhile Giants have 70.59% probability of finishing the game with the W.