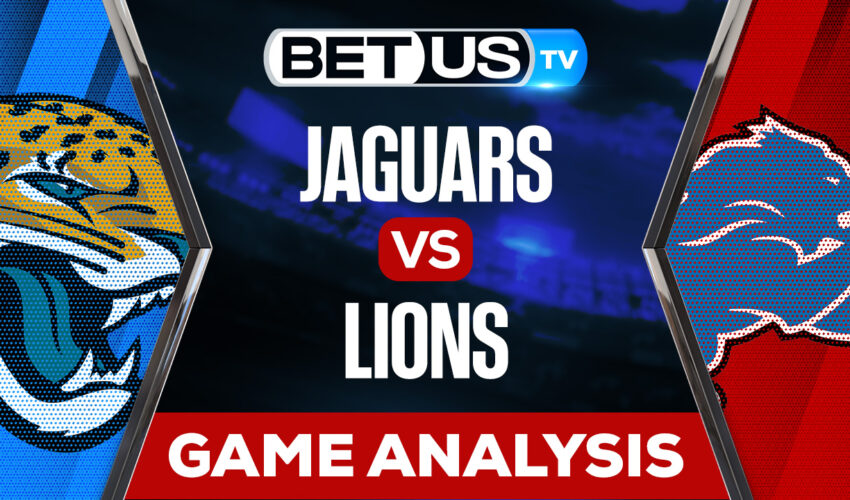 The Jacksonville Jaguars will try to build on its surprising win over the Ravens when they take a trip to Detroit on Sunday afternoon. Jacksonville has now won two of its last three games, including a 28-27 victory over the Ravens last weekend. On the other hand, the Detroit Lions had their three-game winning streak snapped in a loss to Buffalo on Thanksgiving.

The Jaguars got off to a strong start to their campaign, winning two of its first three games. Unfortunately for them, they proceeded to lose their next five games in a row, although all five of those losses came by just a single possession. They now have bounced back since, winning two of their last three games.

Jacksonville’s first of those 2 wins came against Las Vegas in early November before losing to the Kansas City Chiefs by 10 points the following week. The Jaguars had their bye week two weeks ago, and they used that extra preparation time to their advantage in a 28-27 victory over the Ravens last week.

They overcame deficits on four different occasions before using a late touchdown and two-point conversion to take down the Ravens. Now they will be looking to get things rolling on Sunday afternoon, as they have been somewhat struggling to get big advantages against their opponents.

Meanwhile, the Detroit Lions got off to a terrible start this season, losing six of their first seven games. They managed to bounce back with an impressive streak, winning three straight games against the Packers, Bears and Giants. They almost extended that streak to four games on Thanksgiving, but they came up short in a 28-25 game against the Bills.

If we take a look at their defense, we can see that it has improved of late, holding opponents to 18 or fewer points twice in their last four games. They have been strong along the defensive line, accumulating eight sacks over their past three contests. Their secondary has also shown a lot of improvement throughout the season, picking off seven passes in their last four encounters.

Let’s check the latest NFL picks, news, stats and NFL expert picks for Jaguars vs Lions. We’ve plenty of NFL predictions for you to consider.

The implied probability for these two teams attached to the betting lines have Jaguars at a 33.33% chance of winning the game, meanwhile Lions have 70.59% probability of finishing the game with the W.