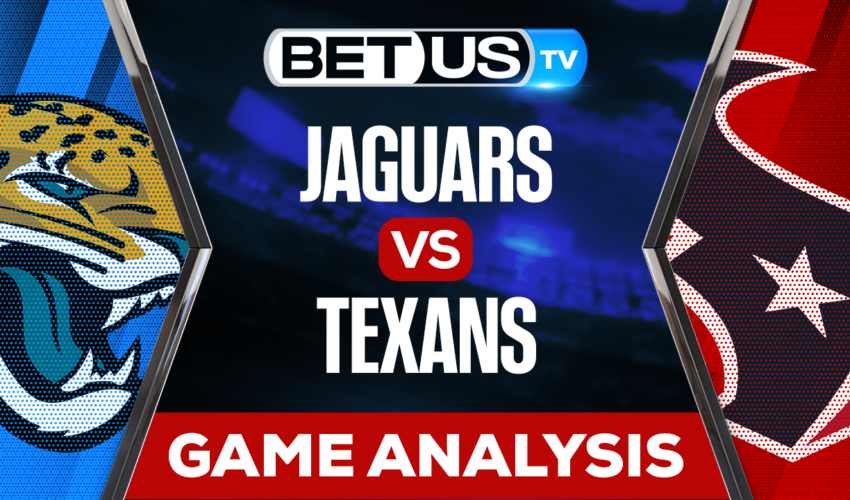 Week 17 of NFL action is coming at us in full swing, and as usual, this means several teams are on their last opportunity to push towards the playoffs. The 7-8 Jacksonville Jaguars need a win against the Titans in Week 18 to secure their place, but there is always a chance for better seeding if they manage to beat the 2-12-1 Houston Texans this week.

The Jaguars have won 4 out of their last 5 matches, in the process also beaten 3 playoff contenders in the previous 3 weeks with an average positive margin of 12 points.

It definitely took time and effort to synergize a new coaching staff plus a plethora of offseason signings, as a whole the team is looking great.

On the other side of the field, the Texans have been surprisingly aggressive in the last couple of games. The team itself is built horribly, heavily relying on veterans at positions where younger talent would thrive better. If the Texans take one more win, they might lose the #1 draft pick to Chicago and potentially cut the chance to take a franchise quarterback or defender.

Houston blew a late game advantage against Dallas and a possible overtime victory against Tennessee, however later on demolished Malik Willis and the Titans with their 1 game winning rush play.

The interesting thing about Houston’s overall improved play is they were heavily losing against both Kansas City and Dallas, but luck or timely mistakes kept them afloat. We think this is a case where a bad process, thanks to a couple of wins, was deemed “successful”. Jacksonville should not allow Houston to get away with those mistakes, even if Houston was able to win their head to head Week 4 matchup 13-6.

We will take a Jaguars win this time around.

Let’s check the latest NFL picks, news, stats and NFL expert picks for Jaguars vs Texans. We’ve plenty of NFL predictions for you to consider.

The implied probability for these two teams attached to the betting lines have Jaguars at a 67.74% chance of winning the game, meanwhile Texans have 36.36% probability of finishing the game with the W.