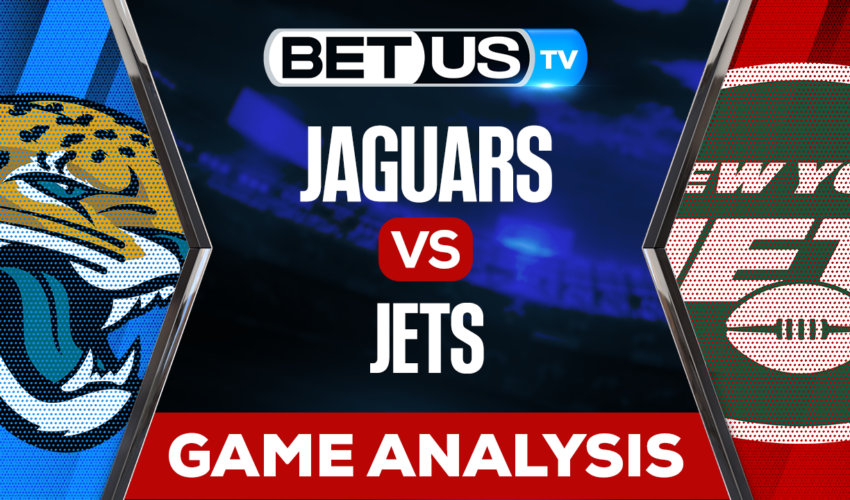 The Jacksonville Jaguars will face off against the New York Jets in an AFC clash that’s very significant for both sides. On one hand, Jacksonville is coming off a win in an overtime decision versus the Cowboys last week. Meanwhile, New York is aiming to bounce back from a very disappointing home loss by the Lions.

This season hasn’t been that bad for the Jaguars. They are now looking to keep their win streak going as winning against the Jets would give them their third straight win. Against the Cowboys, they were trailing 21-7 by the half and managed to force overtime and take them down by a 40-34 scoreline.

The Jaguars have been recently fueled by their significantly improved offense. They picked up a recent victory against the Ravens and a road win against the Titans within the last month. They have managed to cover the spread in three out of their last four games.

On the defensive side, they definitely have struggled as of recently. They gave away 40 points against the Lions earlier in the month and 397 yards last week. This defensive unit is vulnerable against the pass. Last week, they allowed 256 passing yards and are now marked 29th in pass defense and 16th against the run.

Meanwhile, the New York Jets took a big hit in the playoff picture. At one point during the season, they were 7-4, and have since dropped three consecutive matches due to a lack of an efficient offense. They were taken down by the Vikings, Bills and were defeated in a 20-17 home loss to the Lions last week as the favorites.

If we take a look at the standings, they are now only one game out of a Wildcard spot with three games remaining in the season. This encounter against the Jacksonville Jaguars marks their last home game. It’s safe to say that the Jets are slipping, and they really need this victory if they want to keep their playoff hopes alive.

Let’s check the latest NFL picks, news, stats and NFL expert picks for Jaguars vs Jets. We’ve plenty of NFL predictions for you to consider.

The implied probability for these two teams attached to the betting lines have Jaguars at a 47.62% chance of winning the game, meanwhile Jets have 56.52% probability of finishing the game with the W.