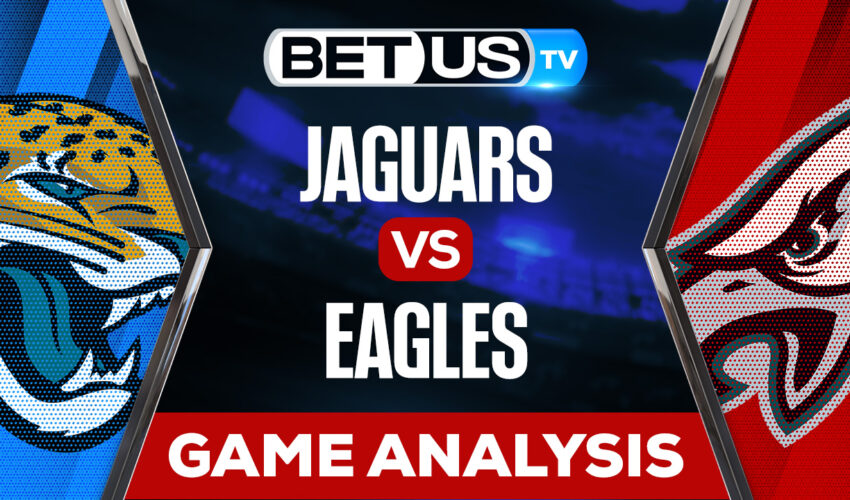 In one of the best looking matchups on Week 4 of the NFL, the 3-0 Eagles come back home to battle the 2-1 Jaguars. Philadelphia’s attempt to stay at the top of the NFC East table while the Jaguars search to stay in first place in the AFC South table.

Going into this Week 4 matchup, the Eagles are rocking an incredible +36 point differential after a 24-8 win over Washington last week in a game that looked mostly in favor of the Eagles.

The Eagles and Jaguars are tied with three wins respectively over their six all time matchups. In the last head to head between these two teams back in October of 2018, the Carson Wentz captained Eagles clutched a 24-18 win over the Jaguars in London. Jacksonville’s last win in this matchup came back in October of 2006 when the Jaguars closed a 13-6 victory away.

Jacksonville’s offensive line was incredible in the pass protection department last match against the Chargers, not allowing a single sack on a total of 39 pass attempts. Trevor Lawrence hasn’t been very efficient under pressure this season, completing just 12 out of a total 30 passes with a 49.3 passer percentage.

Philadelphia’s defense has been playing like a well oiled machine, especially on the backend. The Eagles currently have the third highest coverage grade , and not many QBs will have success if Darius Slay and James Bradbury continue to play with such good performance. While Christian Kirk and Zay Jones have had success in the early season, this match will be their toughest test to date.

Jacksonville’s last two performances are a clear look that this team will compete for an AFC South division title, but going into Lincoln Financial Field and coming away with a victory will be a difficult task against a spirited Eagles team.

Let’s check the latest NFL picks, news, stats and NFL expert picks for Jaguars vs Eagles. We’ve plenty of NFL predictions for you to consider.

The implied probability for these two teams attached to the betting lines have Eagles at a 73.33% chance of winning the game, meanwhile, Jaguars have 29.85% probability of finishing the game with the W.