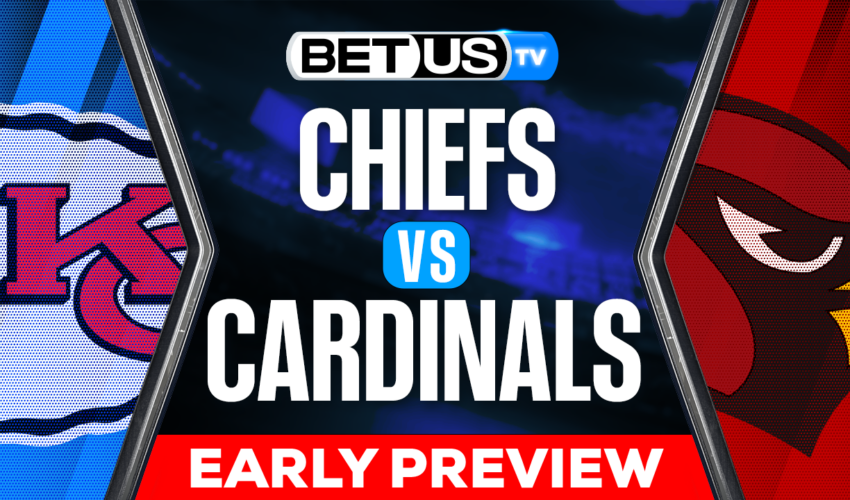 If there are two divisions that everyone should definitely plan to keep an eye on this upcoming season it will be both the AFC and NFC West divisions which is where both the Kansas City Chiefs and Arizona Cardinals play respectively. As the Cardinals prepare for what promises to be one of the most exciting week 1 opening games when they host Patrick Mahomes and the Chiefs, the possibility of this matchup even being a preview of a potential Super Bowl LVII clash looms around. With that said, will the Chiefs be able to visit and leave the desert with a win or will the Cardinals start off their season flying high once again?

There should be a term in football for when things are going great and then they’re not and it should be “Cardinaling”. After last season’s roaring 7-0 start that had everyone speaking the highest of praises about Kyler Murray and Arizona, the Cardinals managed to do the same thing they always do, which is to choke under their own pressure and start losing winnable games until the situation comes close to becoming unbearable. And no, this wasn’t just a one-time thing, the Cardinals sadly are known for going through episodes like this, which is why for the 2022 season, Arizona is doubling down on making sure that no stone is left unturned when wanting to find all of the needed securities that no mistakes or opportunities to “Cardinals” themselves can happen.

Still, with that said, there is no denying that Arizona has one of the best rosters in all of the NFC, even after having seen pivotal players from past seasons leave such as Chandler Jones, Jordan Hicks and Christian Kirk. With Kyler Murray leading the offense and players like Budda Baker and Markus Golden holding their own on defense, this season promises to be another one full of thrills for Arizona, even more if they can score what could end up being one of the biggest wins in their season against the Chiefs.

If you are Patrick Mahomes and the Chiefs, 2022 just feels like another year in which the team is expected to at least make it to the AFC Championship game. Now without star WR Tyreek Hill who left for the Dolphins, but still with a roster stacked to the brim of talented players, both old and new, Kansas City should have no problem readjusting their style of play for an offense without Hill.

For Mahomes, Kelce and company, the key to starting the season out with a bang will rely on how much they can do to stop Arizona’s attack, which will surely benefit from Kansas City’s weak secondary. Still, the Chiefs seem like they have better tools and preparations than the Cardinals, so scoring a win for the Chiefs could end up being the best strategy here.