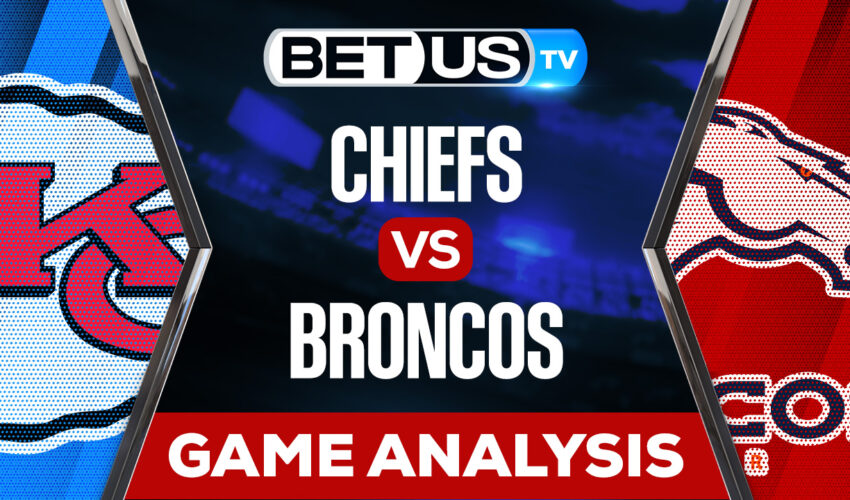 Duel in the American Conference West!

Perhaps this is one of the most uneven games we have in week 13 of the NFL, when the Kansas City Chiefs face off against the Denver Broncos.

The Broncos team fails to raise its performance and is already very close to being out of the Playoffs early. The Denver team comes to this game with a streak of 4 games without being able to get the victory. The last time they did it was on October 30 when they beat the Jacksonville Jaguars team. Many consider the hiring of Russell Wilson a disaster, this due to the poor performance that the experienced QB has had this season and adding to it players like Latavius Murray and Courtland Sutton have not been seen in his best shape. The Broncos sit last in the AFC East, with a losing 3-9 record and a .250 PCT.

But the situation for the Kansas City Chiefs is very different. Those led by their QB Patrick Mahomes have won 4 of their last 5 games. However, they arrive emotionally beaten after being defeated in the last game by the Cincinnati Bengals by a score of 27-24. The team ranks first in the West with an unenviable 9-3 record and a .750 PCT. One of the high points and little expected by the Chiefs team has been the excellent performance of Isiah Pacheco, who has been a great help to the team, being the leader in rushing yards.

According to data from ESPN Analytics, the Kansas City team is a clear favorite with an 87.6% chance of winning the game, against only 12.2% for the Broncos team. Without a doubt, the Denver team will seek to end their losing streak and what better way to do it than at home, but they will run into a Chiefs team that wants to secure their place in the Playoffs.

Let’s check the latest NFL picks, news, stats and NFL expert picks for Buccaneers vs 49ers. We’ve plenty of NFL predictions for you to consider.

The implied probability for these two teams attached to the betting lines have Broncos at a 22.73% chance of winning the game, meanwhile Chiefs have 81.82% probability of finishing the game with the W.