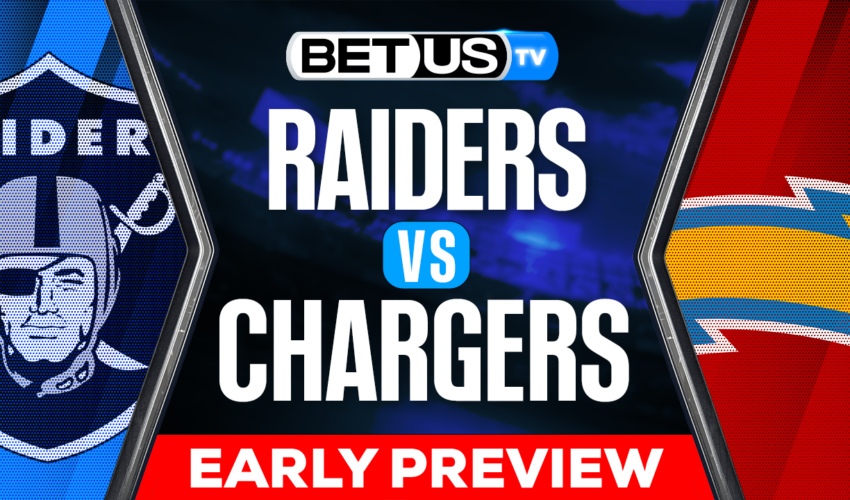 Justin Herbert vs. Derek Carr. Davante Adams vs. Asante Samuel or J.C. Jackson. Joey Bosa vs. Maxx Crosby. Believe us when we say that we could do this all day when highlighting the matchups that a Chargers vs. Raiders game can bring is what the game is all about. That is why the week 1 divisional clash between LA and Las Vegas should already be pointed and highlighted in the calendars of all football fans around.  As the Chargers prepare for what could be one of the best, if not their best season in the league in a long time, facing off against a Raiders team who are also looking to 2022 as a year in which they wish to show the league what the black and silver are all about, this week 1 matchup could end up becoming a pivotal stepping stone for both teams in their hopes of making a splash in the AFC from early on.

The AFC West division is the toughest division in all of the NFL, no point in discussing it. From everywhere you look, all four teams, including the Chargers and Raiders could easily be top contenders for a spot in Super Bowl LVII, that’s how stacked and levelled the competition in the division is like. Still though, there’s much to say about LA, with Justin Herbert at the helm of the offense. Herbert has made it a point to show everyone around that the AFC is not just the land of Mahomes, Allen and Jackson, but also his and with plenty of reason. The Chargers QB has become one of the most important pieces in making the Chargers become one of the most solid and strong teams in the conference, with their time to shine in the spotlight coming faster and faster.

With the addition of CB J.C Jackson as well as defensive super star Khalil Mack to an already, almost unfair defensive line, the Chargers have all the right tools on all sides of the ball to become one of the biggest threats to opposing teams in the league this season. But if there’s one team that has never backed down from a scuffle or a competition, it’s none other than the Las Vegas Raiders though.

After having former college teammates and bonafide bromance heroes Derek Carr and Davante Adams reunite in LV to command the Raiders offense, and with players like Maxx Crosby leading the defense, the Raiders are starting to become one of the scariest teams in the land, something that the Chargers will have to take full notice of if they wish to keep the momentum in their favor.

With that said, while the Raiders stand as one of the most intriguing teams to watch this season, the Chargers look like too much of a great squad to not see them as favorites to take this initial AFC West matchup.