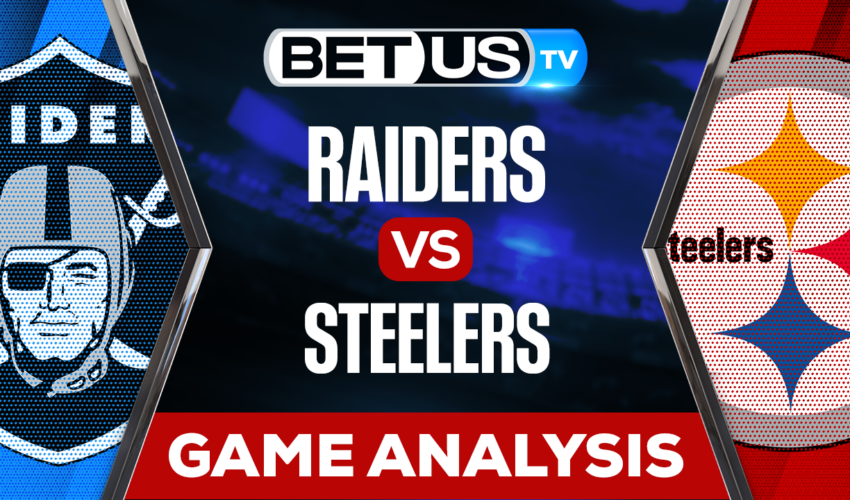 The tickets to the NFL Playoffs this season are beginning to be defined and with this very important games are played for the teams in their eagerness to get into the postseason and this game will not be the exception. This Saturday December 24 at Christmas Eve we will have an excellent game between two teams that are still clinging to the possibility of getting into the final phases, it is the game between the Las Vegas Raiders vs Pittsburgh Steelers teams.

The Pittsburgh Steelers team comes with high motivation after winning their last game against the Carolina Panthers by a score of 24-16 where their QB Kenny Pickett had an excellent game. However throughout the season, the Steelers are one of the teams with the lowest scoring average in their division, where they have an average of 17.9 points per game, where players like Najee Harris and Diontae Johnson have been left behind a lot in their performance. . The bad news for Pittsburgh is also present, since it has a large list of injuries, including: Diontae Johnson, Najee Harris, Kenny Pickett, Tarrell Edmunds and Derek Watt, who are doubtful for this Saturday’s game. . The Steelers are in the last position in the north of the American conference with a record of 6-8 and a PCT of .428 where they still have minimal chances of being able to qualify for the postseason.

Meanwhile, the Las Vegas Raiders team also came from winning their last game against the New England Patriots by a score of 30-24. His performance has been growing in the last games where of the last 5 games played he has won 4 of them for a performance of 80%. Perhaps one of the lowest points has been their ineffectiveness playing as visitors, where they have lost 6 of the 8 games played, an important point knowing that they will play this game on the road. The Las Vegas team arrives in need of victory if they want to qualify for the postseason, where they are fighting for their position with the Los Angeles Chargers team. They currently sit in third place in the American Conference East, with a negative 6-8 record and a .429 PCT.

According to ESPN Analytics data, it is the Las Vegas team that has the best chance of winning the game with 55.9%, while the Steelers have 43.5%.

Let’s check the latest NFL picks, news, stats and NFL expert picks for Raiders vs Steelers. We’ve plenty of NFL predictions for you to consider.

The implied probability for these two teams attached to the betting lines have Steelers at a 57.45% chance of winning the game, meanwhile Raiders have 46.51% probability of finishing the game with the W.