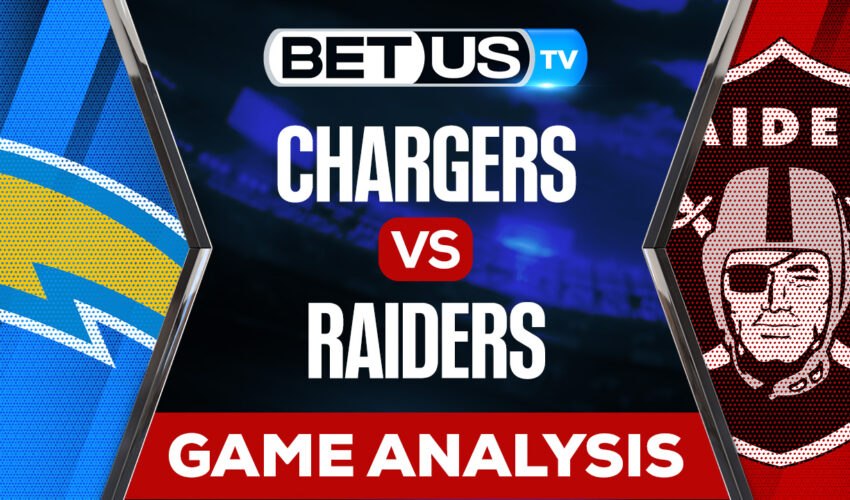 For the first time in a couple of weeks, the Las Vegas Raiders will head home to Allegiant Stadium, where they’ll face off against the Los Angeles Chargers. The raiders are heading in with a huge smile on their face as they swept a two-game road swing against Denver and Seattle in their last encounters. For the Raiders, those couple of wins could not have been more thrilling as they worked overtime in both.

In the first game, Derek Carr hit Davante Adams only a few plays into OT for a 35-yard game-winning TD, securing a comeback win in Denver. Then, last Sunday Josh Jacobs had over 300 all-purpose yards, closing out his day by scoring on an 86-yard touchdown run in OT against the Seahawks. If these last two games work as indicators, the Raiders are not going to be tossed around in the 2nd half of the year.

The Raiders quarterback Derek Carr has had a very frustrating season all things considered. From time to time, he has looked like a Pro Bowl level player. But other times, it really looks like he shouldn’t be starting in the league. That’s not what many expected when the Raiders traded for his former college teammate, Davante Adams.

Meanwhile, the Chargers are coming off a recent win that not even themselves could believe happened. Justin Herbert ended up throwing the potential game-tying touchdown pass with just seconds left on the clock. But instead of kicking that extra point, the Los Angeles Chargers went straight for the win. In the end, Herbert found Gerald Everett for the two-point conversion and the win.

The Chargers secondary does pose a strong challenge. In one of their earliest encounters this year in Week 1, Carr threw for 295 yards and two touchdowns. That said, he also tossed an impressive season-high three interceptions. This matchup should have plenty of points secured, with both of the defenses struggling to make stops.

Let’s check the latest NFL picks, news, stats and NFL expert picks for Chargers vs Raiders. We’ve plenty of NFL predictions for you to consider.