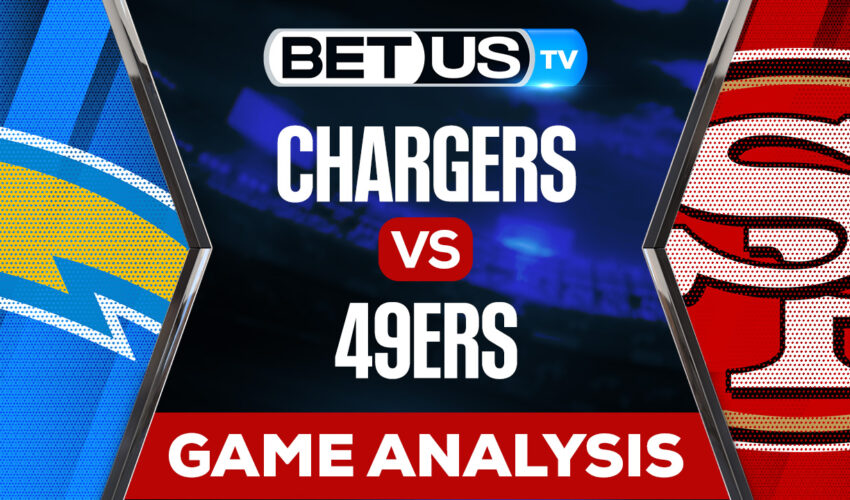 The LA Chargers came out of the bye week somehow being more injured than they were going into the bye week but still were able to rally and defeat the Atlanta Falcons with a last-second field goal. In Week 10, the Chargers take on another team that has battled the injury bug in the San Francisco 49ers.

The Chargers are actually riding a five-game winning streak against the 49ers that dates back to 2002. Unfortunately for Chargers fans do not think that the streak will continue in this Week 10 Sunday Night Football marquee.

The 49ers are coming out of their bye week and are actually healing up in the process. While the 49ers are not 100%, they are a lot closer to 100% than the Chargers are and get the advantage of being at home on extra rest.

The San Francisco 49ers have already enjoyed plenty of good fortune and luck against one Los Angeles team this season, knocking off the Rams twice and sweeping that season series within the NFC West. But, with the Niners squaring off against the AFC West this season, it means the other LA team is on the docket, the 5-3 Los Angeles Chargers who managed to pull off what San Francisco couldn’t do back in Week 6, beat the Atlanta Falcons.

The Chargers unquestionably have the better quarterbacking talent in Herbert, with all due respect to how well San Francisco’s own signal-caller, Jimmy Garoppolo, has played this season. One might figure McCaffrey dazzles against a suspect Chargers defense, and while that could mean an offensive shootout is in play, the Niners’ own defense expecting to get healthier should be able to limit the damage Herbert and his own playmakers try to do.

Los Angeles doesn’t have that benefit, which will heavily influence the game and it seems that San Francisco will take the win against the Chargers.

Let’s check the latest NFL picks, news, stats and NFL expert picks for Chargers vs 49ers. We’ve plenty of NFL predictions for you to consider.

The implied probability for these two teams attached to the betting lines have 49ers at a 75% chance of winning the game, meanwhile Chargers have 29.57% probability of finishing the game with the W.