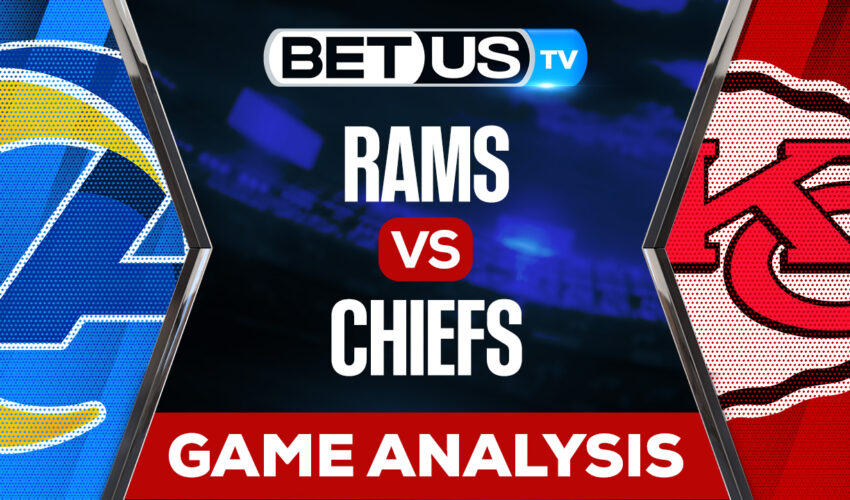 The Chiefs are on a 4-win streak, after beating the San Francisco 49ers, Tennessee Titans, Jacksonville Jaguars and Los Angeles Chargers. Los Angeles, on the other hand, have a 4-game losing streak, losing to the 49ers, Tampa Bay Buccaneers, Arizona Cardinals and New Orleans Saints.

When the 2022-23 NFL schedule was announced back in the offseason, the reigning Super Bowl champions visit to Arrowhead was among the most anticipated games of the season. But now that the game is finally here, the anticipation has gone down to almost 0; Los Angeles are on the verge of being the first reigning Super Bowl Champions since the 2017 Denver Broncos to miss the playoffs.

The Rams have been without star wide receiver Cooper Kupp for a while now, who is on the injury list due to high-ankle issues, but there are now huge concerns about quarterback Matt Stafford, who had concussion symptoms the past two weeks. Meanwhile, John Wolford missed last week’s game due to a neck injury, so now Los Angeles is considering the possibility of playing 2020 undrafted quarterback Bryce Perkins vs. MVP favorite Patrick Mahomes.

Looking at all this information, along with both teams’ streaks, it’s most likely that the Chiefs are going to take this game relatively easy, but the Rams are current World Champs and want to go down as one, so they will definitely go out swinging.

Let’s check the latest NFL picks, news, stats and NFL expert picks for Rams vs Chiefs. We’ve plenty of NFL predictions for you to consider.

The implied probability for these two teams attached to the betting lines have Rams at a 11.76% chance of winning the game, meanwhile Chiefs have 92.31% probability of finishing the game with the W.