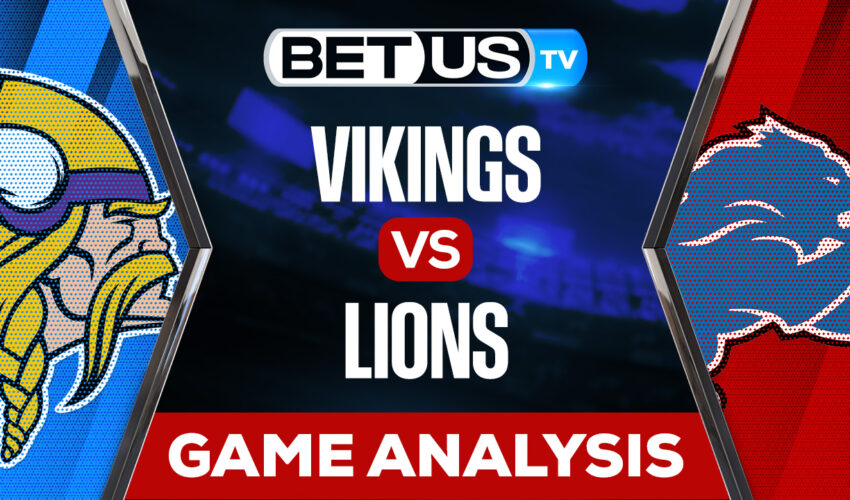 The Minnesota Vikings and the Detroit Lions face off Sunday for some football action at Ford Field. The Vikings are carrying a 10-2 record overall this season and are coming off a victory over the New York Jets. Meanwhile, Detroit is currently sitting on a 5-7 record as they are coming off a win over the Jaguars.

The Vikings went 8-1 over their first nine matches this season, beating all of the Packers, Lions, Saints, Bears, Dolphins, Cardinals, Commanders and Bills. After a defeat to the Cowboys, the Vikings came back with a seven-point victory over New England.

On Sunday while facing the Jets, the Vikings picked up another close win. Minnesota went into the break up 20-6 and eventually scored the victory 27-22. Quarterback Kirk Cousins put up 173 yards and a score, while Dalvin Cook rushed for 86 yards and a TD of his own.

Now looking at the Detroit side, they were just 1-6 over their first seven matches of the season, falling to the Eagles, Vikings, Seahawks, Patriots, Cowboys and Dolphins. The Lions would then take down the Packers, Bears and Giants before losing to the Bills.

In their last matchup against the Jaguars, Detroit took a 23-6 lead heading into the break. Detroit then scored 17 more points in the second half for a 40-14 blowout win. Jared Goff posted 340 yards with a couple of scores, and D’Andre Swift had 62 rush yards and a touchdown.

The Vikings have been playing really close games all season, and they had another one on Sunday against the Jets. Minnesota went on and posted 287 total yards (128 rushing) in the victory, with 21 first downs, 9-of-18 on third-down attempts and not a single turnover.

As for the Lions, they came back decently enough from their loss to the Bills with a big win over the Jaguar. They have looked much better since November and we can expect them to hang around for much of the game against the Vikings. That said, they might end up struggling towards the end.

Let’s check the latest NFL picks, news, stats and NFL expert picks for Vikings vs Lions. We’ve plenty of NFL predictions for you to consider.

The implied probability for these two teams attached to the betting lines have Vikings at a 46.51% chance of winning the game, meanwhile Lions have 57.45% probability of finishing the game with the W.