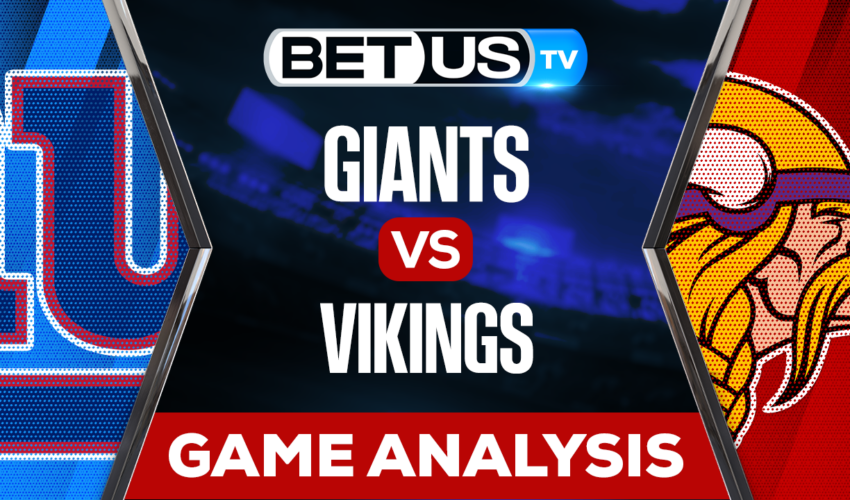 Last week, the New York Giants picked up a huge victory when they faced off against the Washington Commanders and now have an inside track to a postseason run. They will see how they fare up against top-level competition when they take a trip to Minnesota where they’ll lock horns with the Vikings.

Giants head coach Brian Daboll keeps making a case for Coach of the Year. In his first season as the team’s head coach, Daboll has taken control of a roster that is clearly missing talent at a lot of positions but has managed to turn them into a well-rounded team.

Against all the expectations, and if Daniel Jones and his limited playmakers can perform better than what we are used to seeing from them so far into the season, we could see the Giants demonstrate that they’re not a team to overlook in the playoff discussion and move onto a 9-5-1 record on the season.

After a well-earned win last week over their division foe, the Washington Commanders, the New York is now holding an 8-5-1 record this season, and seem bound to make the playoffs if everything goes well. It’s undeniable that it’s been an amazing coaching performance by Daboll. If they make it all the way to the postseason, they are going to be a difficult opponent to face.

Meanwhile, the Minnesota Vikings keep looking like an impressive home team, excluding their 40-3 loss to the Cowboys in Week 11. Last week, after a catastrophic first half versus the Indianapolis Colts (down 33-0), the Vikings showed up and delivered the biggest comeback in NFL history, at the same time securing the NFC North division title since 2017.

If we take a look at this matchup, the Vikings will aim to avoid a first-half meltdown like what they had to face last week. A well-coached Giants team won’t allow the Vikings a way back into the game from such a large deficit. Currently the Giants are allowing the third-most rushing yards per game in the NFL, and the Vikings might try to exploit that specific hole in the Giants’ playstyle.

Let’s check the latest NFL picks, news, stats and NFL expert picks for Giants vs Vikings. We’ve plenty of NFL predictions for you to consider.

The implied probability for these two teams attached to the betting lines have Giants at a 37.04% chance of winning the game, meanwhile Vikings have 66.67% probability of finishing the game with the W.