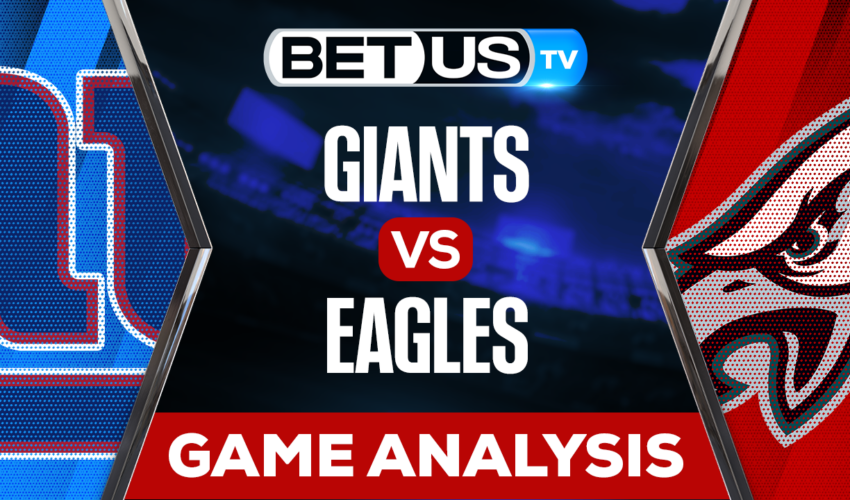 This Sunday, January 8, we will have an excellent game between two teams from the Eastern National Conference, which are already seeded in the playoffs for this season. This is the game between the New York Giants and the Philadelphia Eagles.

The New York Giants team was the surprise this season. The Giants were not on the favorites list, however, they managed to get into the playoffs after fighting in one of the most disputed divisions this season. The team from the city of New York comes from having won its last game against the Indianapolis Colts by a score of 38-10. In their last 5 games they have achieved a performance of 50%, they lost two games, they tied once and they won two of them. The balance between defense and attack was one of the virtues of the Giants. Their offensive line averaged a total of 21.8 points per game, while their defense allowed a total of 21.8 points per game. The Giants sit third in the NFC East with a positive 9-1-6 record.

The Philadelphia Eagles was not a team that was in the options of many, however, it is already listed as one of the strongest teams in this postseason. The Eagles come from losing two games in a row, one of them against the Dallas Cowboys (40-34) and the last one against the New Orleans Saints by a score of 20-10. His offensive line was the highest point of the team, which averaged a total of 28.4, being his most important players Jalen Hurts, Miles Sanders and A.J Brown, who were in charge of guiding the offense on the road to success. The Philadelphia Eagles team is first in the east of the national conference with a positive record of 13-3, while being local they have a record of 6-2.

The data shows that despite being very solid teams, the clear favorite to win the game is the Philadelphia Eagles, who arrive with an 81.8% chance, while the New York Giants barely have an 18% chance of winning. win the game.

Let’s check the latest NFL picks, news, stats and NFL expert picks for Giants vs Eagles. We’ve plenty of NFL predictions for you to consider.

The implied probability for these two teams attached to the betting lines have Giants at a 14.29% chance of winning the game, meanwhile Eagles have 90.00% probability of finishing the game with the W.