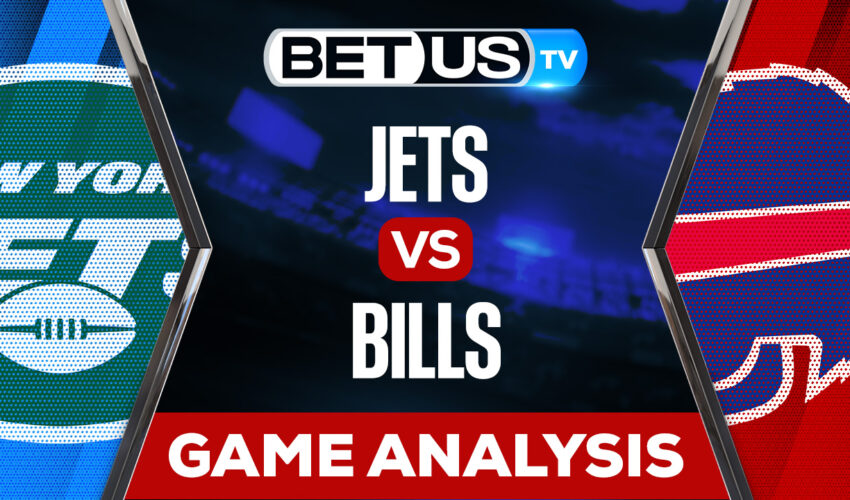 The New York Jets upset the Buffalo Bills in Week 9, beating them at home as the underdogs. Now, they have a chance to complete the series sweep in Week 14, but they are set as big underdogs once again, and this time they’ll need to take a trip to Buffalo to play against the Bills off a mini BYE week.

It’s really remarkable that the New York Jets currently sit two games above a positive record at this point of their campaign. Throughout the season, they have dealt with injuries to several of their players, and they’re currently playing their third-string quarterback from the preseason.

Despite all of that, they continue to find a way to fight and stay competitive even in tough matchups. Talking about tough matchups, that’s what they have right in front of them this week against the Buffalo Bills, though it’s worth pointing out that these two played just a month ago, and the Jets walked away with the win.

That said, New York proved that that game wasn’t a fluke. This secondary can definitely shut down the best offenses the NFL has to offer, and it’s demonstrated by the fact that they’re allowing the 7th fewest passing yards on average this season at 194.3.

Now looking at the Bills’ side, they are now sitting first place in the AFC East after a win last week over the Patriots and a Kansas City defeat. For all the alarm bells that were ringing just a month ago, the ship has now been corrected and they sit back on top where many predicted that they would be.

Despite losing Von Miller on defense, they have continued to be a strong force up front. They allowed the 5th fewest rushing yards over their last three games, and the defensive front for Buffalo is going to be needed this week to put more pressure on the second-year quarterback.

Let’s check the latest NFL picks, news, stats and NFL expert picks for Jets vs Bills. We’ve plenty of NFL predictions for you to consider.

The implied probability for these two teams attached to the betting lines have Jets at a 22.99% chance of winning the game, meanwhile Bills have 81.13% probability of finishing the game with the W.