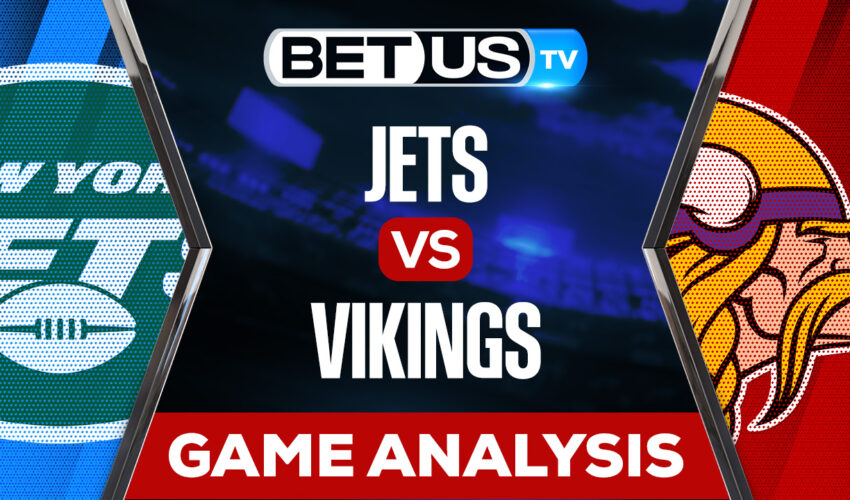 Robert Saleh’s New York Jets, currently 7-4, will look to keep the hype going when they take the road to face Justin Jefferson and the Minnesota Vikings currently 9-2.

Mike White’s potential will be held to a higher standard this week on the road as New York seeks to keep its surprising place in the standings against the NFC North leader.

The Jets know they still depend on that Mike White magic run after their backup quarterback impressed fans in a Week 12 convincing victory. But do they have enough to clutch a tough win on the road against a Vikings squad that recently has been able to consistently lock out wins?

For Minnesota’s side, Jefferson has come up as perhaps the best wide receiver in the NFL currently and will be a tough matchup for the New York backup. The game is set to start on Sunday at 1 p.m ET hosted in the U.S Bank Stadium.

This is an actual incredible test for White and the Jets to show some improvement, who get the spotlight to highlight whether they can be a consistent squad moving forward into the season. However, taking into account recent performances, we are still not fully sold on New York being able to play at that level. An improvement was made in how this defense presents their upfront line, which technically poses tough individual matchups for Minnesota.

Backup Jets quarterback Mike White has the hope of his teammates on his hands unlike Zach Wilson, but at last we believe it will not be enough for New York to surprise us with an upset on the road. The Vikings will have a tough competitive game in the early stages but have way too many offensive options in both Jefferson and Dalvin Cook.

Let’s check the latest NFL picks, news, stats and NFL expert picks for Jets vs Vikings. We’ve plenty of NFL predictions for you to consider.

The implied probability for these two teams attached to the betting lines have Jets at a 43.48% chance of winning the game, meanwhile Vikings have 60.00% probability of finishing the game with the W.