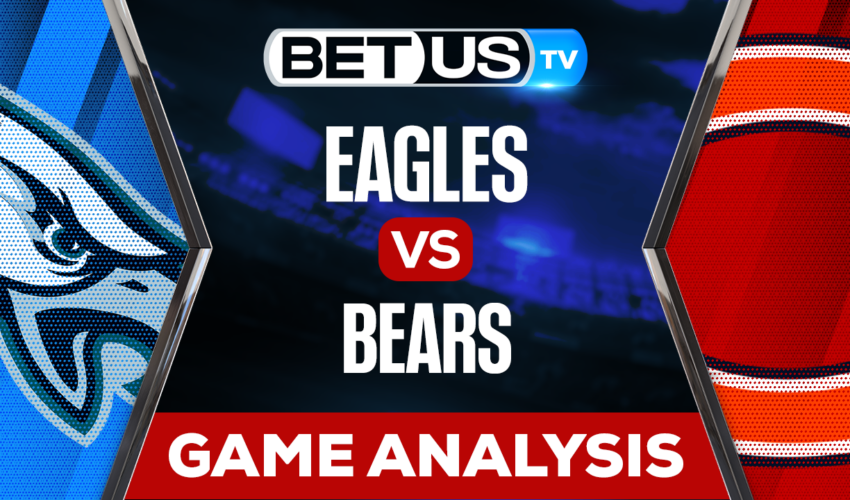 The Philadelphia Eagles continue their supremacy over the NFL this season after a win over the New York Giants last week. They are now sitting atop the NFC 12-1. It isn’t crazy to say that Philly has the most potent offense we’ve seen in recent history with how their lineup is constructed. They definitely can beat any team in a myriad of ways, and that’s the biggest reason why they are currently sitting 11 games above .500.

That said, they are not limited to just being a one-dimensional offense. They absolutely can decide which face of their offense they will show on any given matchup. Philadelphia can be metodic and tactical in where they attack. It’s not like they need to put too much pressure on their quarterback or their run game to win games week after week, and it’s a massive demonstration to how this team has been constructed.

Now, if we take a look at the Chicago Bears recent performances, they have now lost six games in a row.That said, their campaign has gone exactly how their front office had hoped for. Chicago was heading into a reset season with the new regime, which was evidenced by the trading of Khalil Mack, Robert Quinn, and Roquan Smith on the defensive side.

Let’s be completely honest here, the Bears were never going to make a run for a playoff spot, at least not this season. Despite all of that, major questions surrounded their quarterback and if Justin Fields would be the long-term answer for a roster that really needed a franchise QB.

Now, Fields and the offense have an incredibly tough challenge ahead of them on Sunday when they play against the Eagles defense. Taking everything into consideration, as long as Fields is out there for Chicago, this matchup has the possibility to remain close with his ability to produce an explosive play thanks to his athleticism.

Let’s check the latest NFL picks, news, stats and NFL expert picks for Eagles vs Bears. We’ve plenty of NFL predictions for you to consider.

The implied probability for these two teams attached to the betting lines have Bears at a 23.26% chance of winning the game, meanwhile Eagles have 80.77% probability of finishing the game with the W.