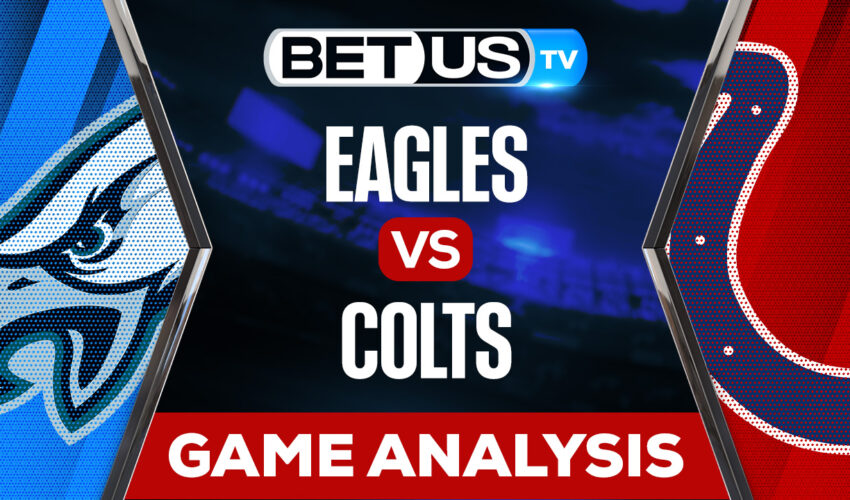 The Philadelphia Eagles head west to face the Indianapolis Colts next Sunday after being upset by the Washington Commanders on Monday Night Football. Both Philadelphia and Indianapolis had many different experiences than either team was accustomed to in Week 10.

Jalen Hurts couldn’t deliver another magical outing against a sneakily stout defensive front, while the Eagles’ pass defense finally looked mortal, giving up chunk plays to Washington’s passing attack throughout the matchup as the Eagles lost their 8-0 undefeated record.

Indianapolis was scrutinized over the hiring of Jeff Saturday as their head coach, but it paid dividends in the Colts’ locker room, resulting in a 25-20 road win over the Las Vegas Raiders. The Colts turned back to Matt Ryan under center, who had a good outing with wideout Parris Campbell starting to emerge as a consistent weapon within the offense.

These teams haven’t met since 2018 but the Eagles have owned this series, winning three consecutive games over the Colts dating back to 2010. Jalen Hurts wasn’t even in the league the last time Philadelphia played Indianapolis, so it’ll be interesting to see how he performs after the Eagles’ first loss of the season. Especially against this Colts’ defense.

Philadelphia just lost cornerback Avonte Maddox to a hamstring injury on Monday Night Football, which will make a tough pass defense a bit more susceptible against a veteran like Matt Ryan. Philadelphia should be concerned about going up against Taylor, particularly without rookie run-stopper Jordan Davis, who has been dealing with an ankle injury. The Eagles are a bottom-12 run defense, allowing over 124 yards per game, which is the exact formula that Indianapolis relies on to win games.

The arrival of Jeff Saturday, the health of Jonathan Taylor, and the injured Philadelphia defense create the perfect storm for the Colts to give the Eagles a scare on the road, but still, the Eagles are favorites to take the win back to Philly.

Let’s check the latest NFL picks, news, stats and NFL expert picks for Eagles vs Colts. We’ve plenty of NFL predictions for you to consider.

The implied probability for these two teams attached to the betting lines have Eagles at a 74.36% chance of winning the game, meanwhile Colts have 29.41% probability of finishing the game with the W.