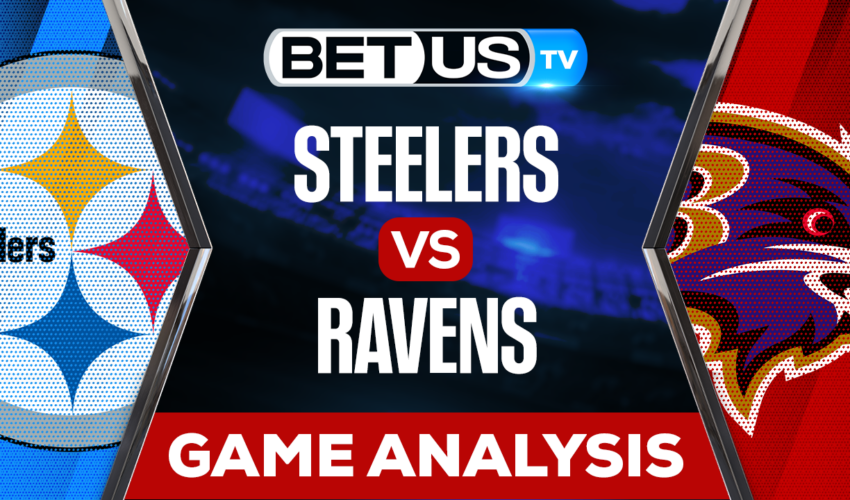 The Pittsburgh Steelers team is still looking to get into the postseason. They have been going through an excellent moment, in which they have won their last god games consecutively, this against the Carolina Panthers (24-16) and their last game against the Las Vegas Raiders by a score of 13-10. In addition to this, in their last 5 games they achieved 80% performance, which can be a motivational factor for the team. However, one of its shortcomings this season has been the lack of points, since the offensive line commanded by Kenny Pickett, Najee Harris and Diontae Johnson has only managed to achieve an average of 17.6 points per game, one of the lowest percentages in the season. The Steelers are located in the third position in the north of the American conference with a negative record of 7-8.

For their part, the Baltimore Ravens are already in the postseason, which could help them rest several of their figures ahead of the decisive games. The ravens come from winning their last game against the Atlanta Falcons by a score of 17-9. One of its main virtues has been its defense, which has barely allowed an average of 18.1 points per game, this being one of the lowest averages of the season. But not everything is good news for the Ravens team, since for this game there are several players who are doubtful, such is the case of Lamar Jackson, Desean Jackson, Tylan Wallace and Jason Pierre Paul. The Baltimore team is in the second position in the north of the American conference with a positive record of 10-4, only surpassed by the Cincinnati Bengals.

According to the data provided by ESPN Analytics, the favorites to win the game with the Baltimore Ravens, who have a 61.4% chance of winning the game, against 38.1% for the Pittsburgh Steelers team.

Let’s check the latest NFL picks, news, stats and NFL expert picks for Steelers vs Ravens. We’ve plenty of NFL predictions for you to consider.

The implied probability for these two teams attached to the betting lines have Ravens at a 59.02% chance of winning the game, meanwhile Steelers have 44.44% probability of finishing the game with the W.