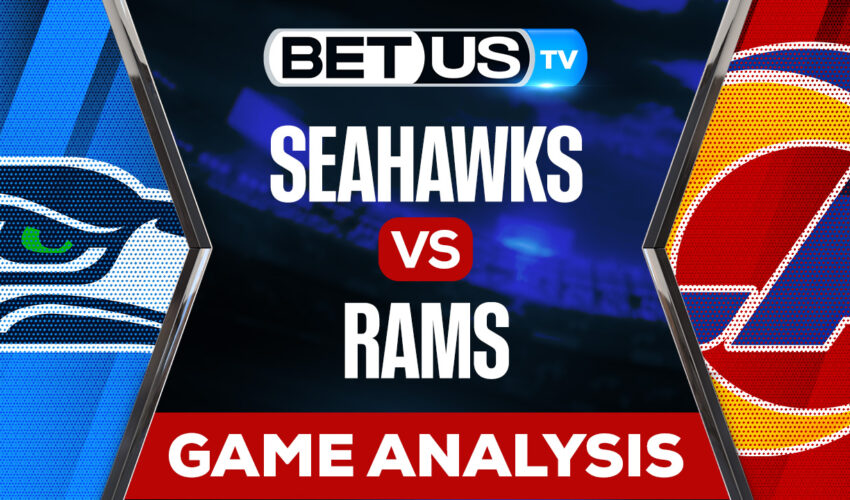 The Seattle Seahawks will be taking a trip to Los Angeles to take on the Rams. It’s been a disappointing fall from grace for the defending Super Bowl champion Rams, who are now taken out from the NFC playoff picture. On the other hand, the Seahawks still have a decent chance to make it to the playoffs. Can the Seahawks pick up a massive division win for the Seahawks? Or will we get to see the Rams earn a little bit of dignity back?

The Seahawks are coming off a recent two-game losing streak, including an overtime defeat against the Las Vegas Raiders. That defeat means that Seattle is now second place in their division behind the San Francisco 49ers. Still, they are still considered one of the most surprising organizations in the 2022-23 season as they rebuild post-Russell Wilson.

Meanwhile, saying that the Rams are having a disappointing season would be an understatement. After winning the Super Bowl back in February, they have struggled heavily. They are holding a 3-8 record and sit at the bottom of the NFC West. To make things worse, triple-crown champion Cooper Kupp is on the injury list after he suffered a high ankle sprain that unfortunately required surgery.

On Sunday, the Sehawks have a really good shot at bouncing back from the two recent losses. Mainly because of the Rams ruling Aaron Donald out of the contest. The defensive tackle will be missing one game because of an injury for the first time in his long career. The eight-time Pro Bowler sustained an ankle injury against the Chiefs last week.

Donald’s absence is going to take a toll on the Rams heading into Sunday’s game, and that should make the Seahawks and Geno Smith’s life a bit easier. Because of that, we definitely can expect that the quarterback will have his fourth 300-yard performance, which would be his second in a row, and he’ll be able to throw for multiple touchdowns.

Let’s check the latest NFL picks, news, stats and NFL expert picks for Seahawks vs Rams. We’ve plenty of NFL predictions for you to consider.

The implied probability for these two teams attached to the betting lines have Rams at a 27.03% chance of winning the game, meanwhile Seahawks have 76.74% probability of finishing the game with the W.