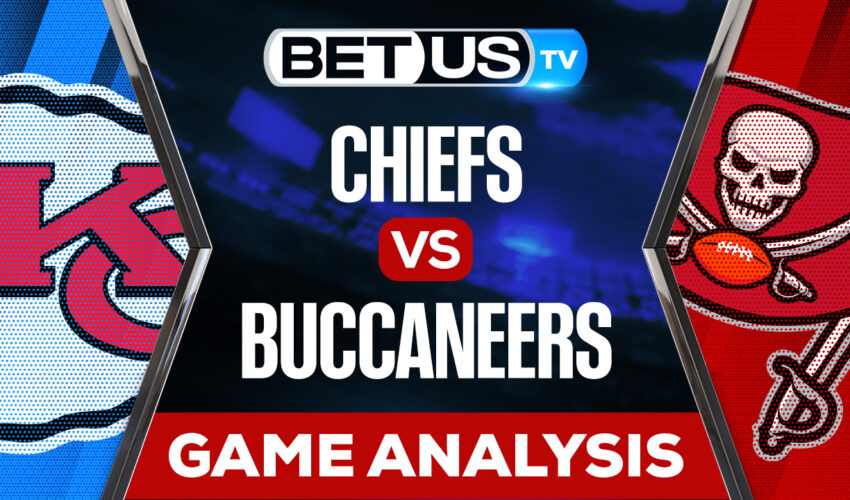 Week 4 of the 2022 NFL season brings the rematch of the Super Bowl LV, as Tampa Bay hosts Kansas City at Raymond James Stadium on Sunday. Nearly two years ago, the Bucs trounced the Chiefs 31-9 as 3-point home dogs to win their second championship.

After winning their first two games of the season over the Arizona Cardinals 44-21 and Los Angeles Chargers 27-24, the Kansas City Chiefs suffered a tough 20-17 defeat at the Indianapolis Colts in Week 3. Both teams played very well on the defensive end, and the Chiefs couldn’t score since taking a 17-10 lead with 7:56 left on the clock in the third quarter.

Patrick Mahomes went 20-of-35 for 262 yards, a touchdown, and an interception. He also led the Chiefs in rushing yards with 26, as KC’s rushing game was a non-factor at Lucas Oil Stadium in Indianapolis.

The Tampa Bay Buccaneers dropped to 2-1 straight up following a 14-12 home loss to the Green Bay Packers in Week 3. They found the end zone to make it 14-12 with 14 seconds left on the clock in the fourth quarter but failed to tie the game with a two-point conversion.

Tom Brady completed 31 of his 42 passing attempts for 271 yards and a TD. Mike Evans served a one-game suspension, so Russell Gage took over and posted 87 yards and a touchdown on 12 receptions. Leonard Fournette rushed 12 times for just 35 yards, but he also had five receptions for 35 yards.

The Buccaneers picked off Aaron Rodgers once and held the Packers’ rushing to a paltry 67 yards on 25 attempts. Tampa Bay now boasts the lowest-scoring defense in the NFL (9.0 points per game) and ranks fifth in rushing yards allowed per contest (79.3).

Let’s check the latest NFL picks, news, stats and NFL expert picks for Chiefs vs Buccaneers. We’ve plenty of NFL predictions for you to consider.

The implied probability for these two teams attached to the betting lines have Chiefs at a 20.00% chance of winning the game, meanwhile Buccaneers have 83.33% probability of finishing the game with the W.