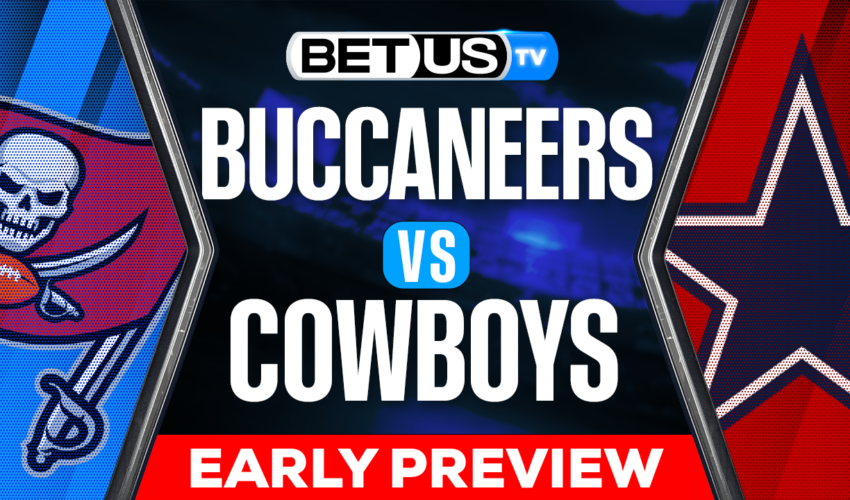 If there’s one thing that most NFL fans can remember about both of these teams from last season it’s most probably how much of an epic Week 1 clash they had back in Tampa to start out the 2021 season. Well, to the joy of NFL fans all around, we are getting a second edition of last year’s week 1 thriller, this time in Dallas as the Cowboys will be hosting Tom Brady and the Tampa Bay Buccaneers in what promises to be another meeting for the ages between two of the most explosive squads in the NFC. Will Prescott be able to avenge last season’s loss and lead Dallas into the new season with a win, or will Brady once again show the kid how the GOAT starts the season?

Let’s check the latest NFL picks, news, stats and NFL expert picks for Buccaneers vs Cowboys. We’ve plenty of NFL predictions for you to consider.

Seriously, if you consider yourself a true football fan and want something to get you through while the season starts, re-watching last season’s Week 1 epic between the Buccaneers and Cowboys in Tampa should definitely be your go to activity. This season though, with a Cowboys team slightly thinner in their WR core but with a Dak Prescott that will finally be playing with a full bill of health and carrying the massive historic chip of still not being able to take the Cowboys to the next level of competitiveness, it seems as if Dallas is more than ready to take on Tampa and show them how things get done in the state of Texas.

While Dallas’ offense is one of the better ones in the NFC, it’s their defense that can surely become the deciding factor not only when thinking about the outcome of their week 1 game but also throughout the season. Led by Micah Parsons, who last year as a rookie took over the leadership position in the Cowboys defensive line and took the unit to an elite playing level, here is where the key to securing a win against Tom Brady and the Bucs resides. Yes, on offense the Cowboys could cause some serious damage, but it will be how good that defensive line plays that will surely pivot the result either in Dallas’ or Tampa’s favor.

Still though, there’s one small, but incredibly major factor to take into consideration in this matchup. His name? Tom Brady aka the GOAT when it comes to pro football. If there’s a reason that Tampa Bay continues to be relevant and considered a favorite to make it to the Super Bowl once again, it’s because of him, nothing else. Yes, this team is also stacked with very good players in all lines of the game, but let’s face it, Brady wins games, he wins championships, and against Dallas, if he’s feeling his groove, he will lead Tampa to a win in week 1 just like last year.