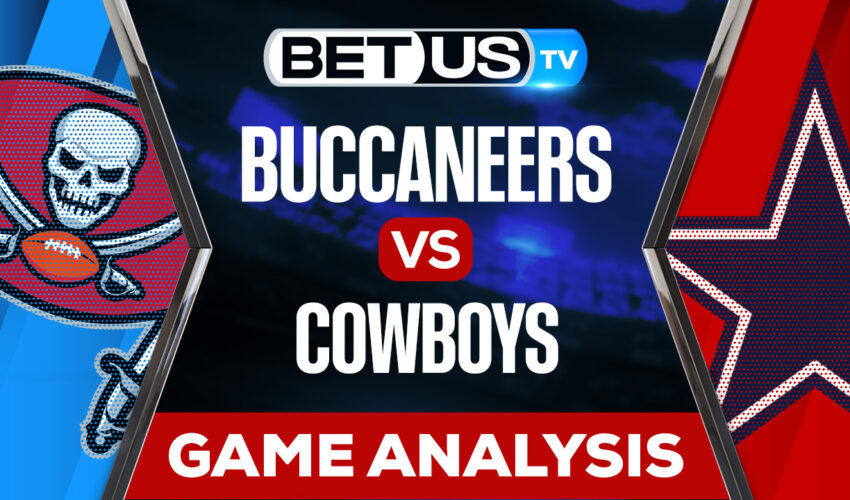 Tom Brady starts his 23rd NFL season on the road in Dallas as the Buccaneers prepare to face the Cowboys at AT&T Stadium. The first Sunday night game of the 2022 NFL season is a highlight matchup indeed and a rematch of a Week 1 opener last year as the Tampa Bay Buccaneers visit the Dallas Cowboys.

One of the biggest questions for the 2022 NFL season is if this will be the final season opener for the Buccaneers quarterback Tom Brady? He retired this offseason for a while, and while a lot of people didn’t expect him to return, he reportedly almost tried to join the Miami Dolphins, before changing his mind.

But there are other things concerning the Bucs. Their offensive line was hammered by injuries in camp/preseason, and Pro Bowl center Ryan Jensen is on injured reserve so he’s not playing in the opener. He had been replaced in the starting lineup this summer by second-year man Robert Hainsey, but Hainsey is banged up too, although it’s trending as if he will play.

Likely starting guard Aaron Stinnie is done for the season with a torn left ACL and MCL. He was the leading candidate to replace 2021 starter Ali Marpet, who surprisingly retired. Tampa projects to have three new starters in the interior, two of whom will be making their first starts in their NFL careers

On the other side, few coaches enter the season on a hotter seat than the Cowboys’ Mike McCarthy as most of the NFL world assumes Jerry Jones will fire McCarthy and hire former Saints coach and Dallas assistant Sean Payton after the season if the Cowboys disappoint.

Sure, Dallas won the NFC East last year, and had an NFL-best 13-4 against the spread, but was upset at home by San Francisco in the Wild-Card round of the playoffs. Also, Receivers Michael Gallup and James Washington are both out, this means that the Bucs surely will double-team CeeDee Lamb.

Let’s check the latest NFL picks, news, stats and NFL expert picks for Buccaneers vs Cowboys. We’ve plenty of NFL predictions for you to consider.

The implied probability for these two teams attached to the betting lines have Buccaneers at a 58.33% chance of winning the game, meanwhile Cowboys have 45.45% probability of finishing the game with the W.