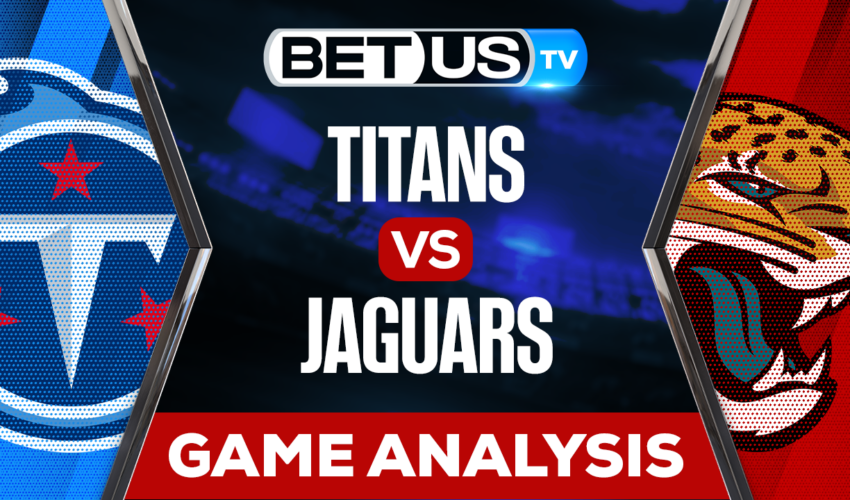 The last week of the NFL regular season arrives and with it games that define who will advance to the postseason. This Saturday, January 7th, we are going to have a vibrant game against the Tennessee Titans and the Jacksonville Jaguars.

The Tennessee Titans have had one of the worst season finishes seen in recent years. After starting the season great, going 7-3 in week 10, it all turned into a nightmare. The Titans have lost 6 consecutive games. His last victory was against the Green Bay Packers on November 17. Added to this bad moment, the Titans have several players in doubt for this game, such as Amani Hooker, Nicholas Petit Frere, Jeffery Simmons, Josh Thompson and Tarell Basham. The Titans are located in the second position in the south of the American conference with a negative record of 7-9 and 4-4 playing as visitors.

The Jacksonville Jaguars team has had an excellent end to the season. They are on a streak of 4 consecutive games without losing. His last loss was against the Detroit Lions on December 4 by a score of 40-14. Its offensive line, commanded by Trevor Lawrence, Travis Etienne Jr and Christan Kirk, has been a high point this season, since its scoring average has been 24 points per game, while its defensive line has also had a very good performance, through penalties allowing an average of 20.9 points per game. The Jacksonville Jaguars are the first in the South of the American conference, which is why they are classified for the postseason.

Let’s check the latest NFL picks, news, stats and NFL expert picks for Titans vs Jaguars. We’ve plenty of NFL predictions for you to consider.

The implied probability for these two teams attached to the betting lines have Titans at a 31.75% chance of winning the game, meanwhile Jaguars have 72.60% probability of finishing the game with the W.