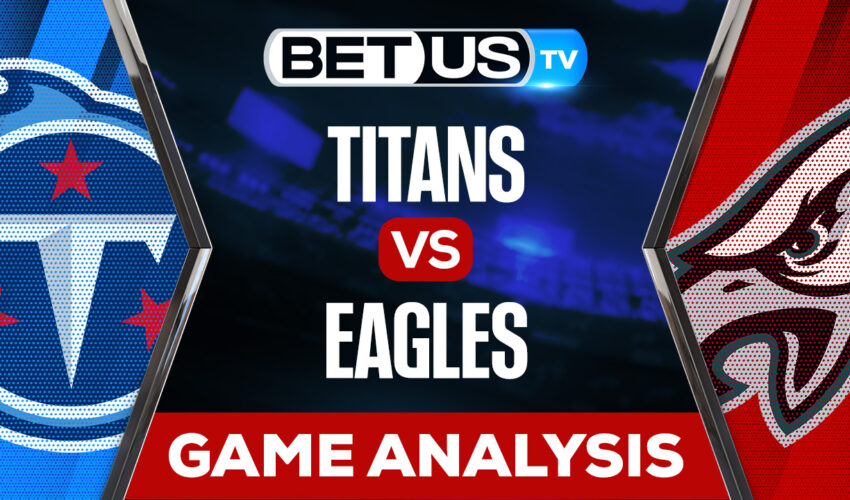 Derrick Henry and the Tennessee Titans are aiming to win their second-straight road game on Sunday afternoon as they take a trip to Philly to play Jalen Hurts and the Philadelphia Eagles at Lincoln Financial Field. The Titans recently had their two-game winning streak snapped last week by the Bengals. On the other hand, the Eagles have won two games in a row after losing to the Commanders earlier this month.

The Titans have been playing good football on both ends, holding a 4-2 record since their bye in Week 6. Tennessee will be trying to rebound after taking a defeat by four points to the Bengals last week at home.

Tennessee’s defensive end did a good job, allowing just one touchdown pass by Joe Burrow and holding Cincy’s running to 108 yards. That  said, the Titans’ offense struggled a lot, as Henry was held to just 38 yards on 17 carries. That was his second-lowest rushing performance this year.

If we take a look at the Eagles, they took down the Packers in a high-scoring 40-33 game on Sunday Night Football. The Packer’s defense didn’t find a way to answer for Philadelphia’s rushing attack, which racked 363 yards on the ground and three touchdowns.

Jalen Hurts led his team with a career-high 157 rushing yards, all while Miles Sanders added 143 yards and two touchdowns. The Philadelphia Eagles will try to replicate success against Tennessee’s defense, which has been looking good this season in stopping the run.

Ultimately, if the Titans want to come away with a victory on Sunday, they have to get the ball to Henry at all costs and hope he rips off a couple of big runs to kick things off. Tennessee is at an impressive 26-4 when the running back rushes for 100-plus yards in a match. Last week, the Bengals did hold Henry to 38 yards, but it’s very unlikely the Eagles will be able to duplicate that effort.

On the other side, Philadelphia has allowed 120.7 rushing yards per game this season so far, but hasn’t allowed a 100-yard rusher in three-straight contests. If their interior defensive line can focus up the middle, it will definitely go a long way toward determining the result on Sunday.

Let’s check the latest NFL picks, news, stats and NFL expert picks for Titans vs Eagles. We’ve plenty of NFL predictions for you to consider.

The implied probability for these two teams attached to the betting lines have Titans at a 33.33% chance of winning the game, meanwhile Eagles have 70.59% probability of finishing the game with the W.