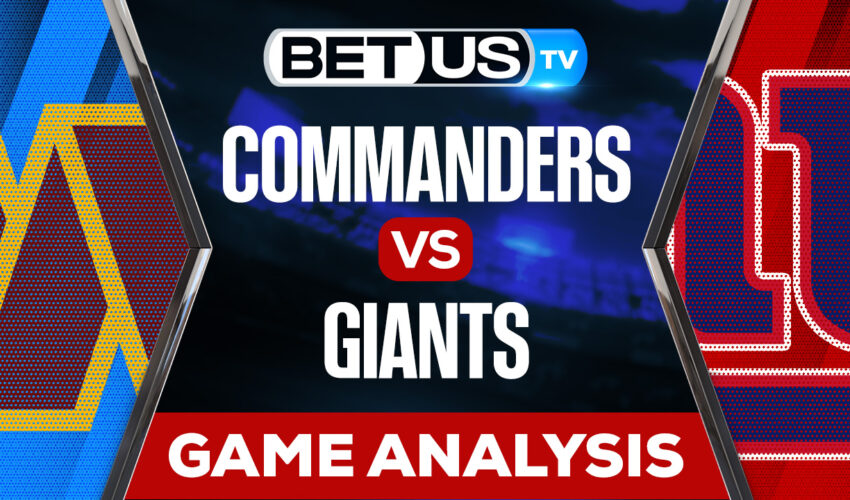 The Washington Commanders and the New York Giants play against each other on Sunday for some NFL action at MetLife Stadium. The Commanders enter this one at 7-5 overall this season as they defeated the Falcons in their last game. As for the Giants, they’re holding a 7-4 record and took a loss against the Cowboys on Thanksgiving.

Earlier on into the season, the Commanders got off to a shaky start, losing to the Lions, Eagles, Cowboys and Titans in their very first five games. Washington would go on to win five of their next six encounters however, taking out the Bears, Packers, Colts, Eagles and Texans.

Now they have managed to keep their win streak going against the Falcons on Sunday. Washington scored points in all of the quarters on the way to a tight 19-13 win. QB Taylor Heinicke posted 138 yards with two scores, while Brian Robinson had 18 carries for 105 yards.

On the other hand, the New York Giants kicked off the campaign with a 6-1 run and impressive wins over the Titans, Panthers, Bears, Packers, Ravens and Jaguars. Since then, New York has gone just 1-3 however, falling to the Seahawks, Lions and Cowboys.

During their Thanksgiving matchup versus the Cowboys, New York held a 13-7 lead going into the break. Unfortunately for them, the Giants were outscored 21-7 from there in a 28-20 loss. Daniel Jones threw for 228 yards and a TD, while Saquon Barkley had 39 yards with just one score.

For this matchup, you could probably make a good case for either team, and this should be a close one. Washington is on a pretty good run lately, and they were able to take down the sketchy Falcons team in their last outing. Washington posted 314 total yards (176 rushing) in that encounter with 20 first downs.

Let’s check the latest NFL picks, news, stats and NFL expert picks for Commanders vs Giants. We’ve plenty of NFL predictions for you to consider.

The implied probability for these two teams attached to the betting lines have Giants at a 46.51% chance of winning the game, meanwhile Commanders have 57.45% probability of finishing the game with the W.