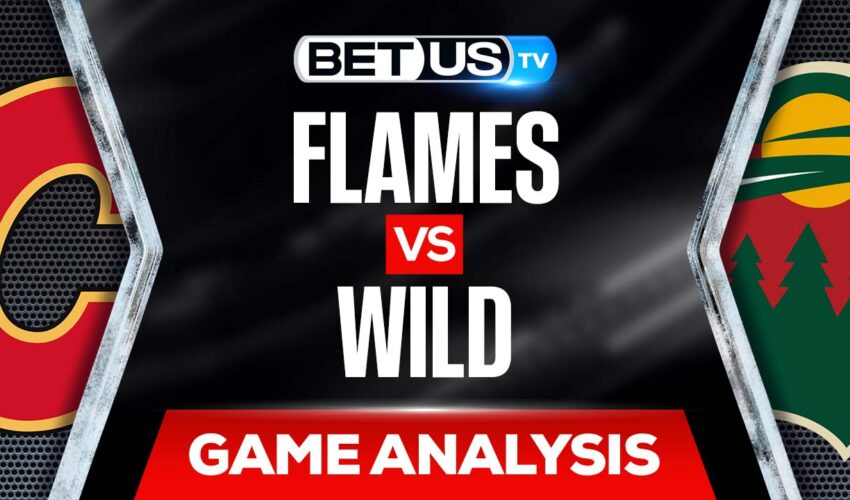 There’s a feeling like not enough people are recognizing the Calgary Flames for what they are right now, one of the best teams in the NHL this season. We are talking about a team that looks more than poised for a strong Stanley Cup run, but for now, let’s focus on their matchup tonight against another team that knows how to bring it on the ice very well, the Minnesota Wild. Now, while Calgary could be looking to rest up their starters and take it easy tonight, for Minnesota a win here, could very well mean having the always important first-round, home ice advantage as they prepare to play the St. Louis Blues in the upcoming playoffs.

In sports, like in life, there come times where you are presented with one true chance to achieve something and it’s up to you to take it, or let it go. For Minnesota, the chance of securing home ice against St. Louis in their upcoming playoff series could have probably happened sooner, rather than now, where a win against Calgary, one of the best teams in the NHL this season, is now necessary in order to achieve the goal. But then, the Wild just had to go and lose horribly against the NHL’s worst team, Arizona, with so dampening their chances to succeed sooner rather than later at securing that oh so important advantage moving towards the playoffs.

But, don’t worry Wild fans, where there’s a chance there will always be hope and for Minnesota, where Kirill Kaprizov is, there will always be a very strong chance of a win. Kaprizov has proven to everyone around the league why he is considered one of the best offensive players in the league, and tonight with him at the offensive helm and goaltender Cam Talbot coming back to start for Minnesota in such a pivotal game, all signs point towards a win for the home team, which would be the first for them against Calgary this season.

For the Flames, there’s really not much to play for at this stage. They already locked down their division and advantages moving into the postseason. They have shown time and time again why they are such a strong unit all over the ice and now, as the season comes to an end, this feels more like the perfect chance to lay low, let the starters take a breather and just chill. While they have beaten Minnesota twice already this season, outscoring them 12-4 along the way, with their immediate future secured, the feeling around this game tonight is that fans might see a more leaned back version of Calgary, one that might even end up losing, not because of them though, but because how much Minnesota needs this win.

The implied probability for these two teams attached to the betting lines have Wild at a 55.56% chance of winning the game, meanwhile Flames have 48.78% probability of finishing the game with the W.