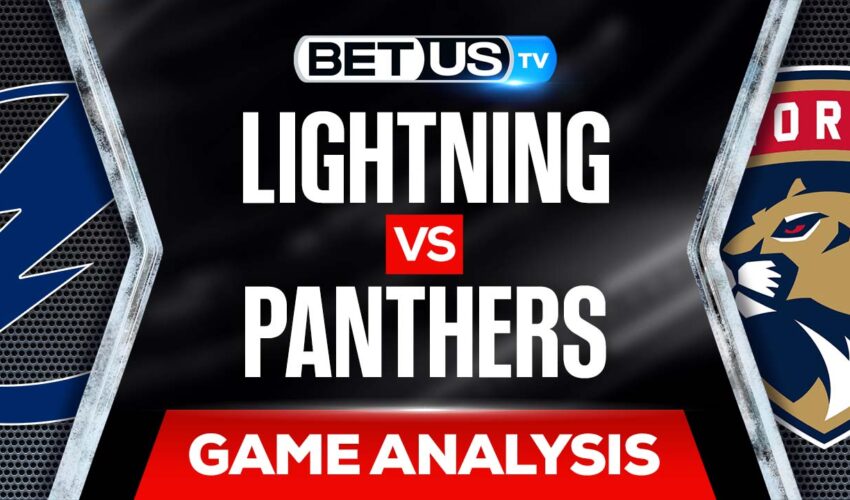 The Tampa Bay Lightning showed up to BB&T Center, home of the Florida Panthers and showed just why they’re all about riding the hype that surrounds them for going for a Stanley Cup title threepeat. After their commanding 4-1 win in the first game of their series against the Panthers, all signs point towards the Lightning not really looking on taking it easy in game 2 tonight, which could end up meaning a world of trouble for Florida. But don’t count out Florida just yet. They struggled in game one against the Capitals in their previous series and ended up edging Washington. For now, with game 2 upon us, what will be of the Panthers and Lightning? Let’s talk some Florida hockey.

Champion’s pedigree, playoff experience, call it whatever you want but Tampa Bay’s win in game 1 of their playoff series against Florida, on the road, went to prove one thing specifically. Yes, the Lightning had a rough time getting rid of the Maple Leafs in the first round of the playoffs, but that means nothing now. What does mean plenty is that Tampa has one mission in mind and that is to make it three for three in Stanley Cup titles in consecutive years. From everywhere you look in game 1 the Lightning dominated the Panthers and for game 2, if Tampa continues on their ravishing path, they will officially turn the Panthers into kittens by the end of the game.

Just from game one we can already assume that Tampa Bay’s lines are not about to let up at any moment of the series. Goalkeeper Andrei Vasilevskiy shut down Florida’s offense masterfully, something he has been doing in his past games in this season’s playoff games. Tampa’s defense stood their ground and held Florida’s offense to one goal, something unheard of for a team who is coming off winning the President’s trophy this regular season. And on offense, well, four goals, four very good goals always make everything better.

Florida on the other hand, well they need a win in game 2, that’s non-negotiable. Losing another game at home, while holding home ice advantage is not somewhere any team wants to be at. Florida’s defense was shut down by Tampa’s offense and if it wasn’t for goalie Sergei Bobrovsky it could’ve been way worse. Florida needs to find their poise and winning ways once again today, because even if they have a thing with losing game 1 of almost all playoff series they’ve played since 1997, losing game 2 is a scenario they cannot afford to live through tonight.

The implied probability for these two teams attached to the betting lines have Panthers at a 62.26% chance of winning the game, meanwhile Lightning have 40.82% probability of finishing the game with the W.