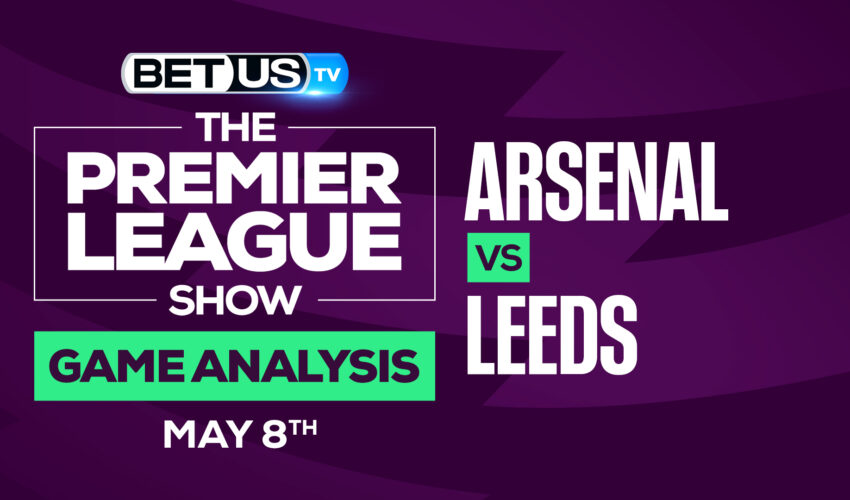 Arsenal will try to keep their streak going as they will be hosting Leeds at the Emirates Stadium on May 8. If Arsenal manages to take over this match, their win streak will extend to 4 games, giving them a chance to finish the season in the best form. On the other hand, Leeds is struggling to not finish at the bottom of the standings. Jesse Marsch’s team is only 2 points ahead of the 18th place team, putting them in a very uncomfortable position.

Their last defeat against Man City crushes their hopes even more. In the entirety of the match, they weren’t able to stand against Guardiola’s side. Even if we take into account that Leeds played a very defensive formation, Leeds struggled against Man City’s offense, which had an easy time scoring 4 goals.

Marsch’s last glimmer of hope is hoping they can perform as they did in their recent game against the Wolves. Everyone was expecting the Wolves to simply dominate Leeds, but it was almost the opposite. Leeds finished the match with a 1-goal lead thanks to Ayling who scored the last goal of the game.

If we take a look at the big picture, Arteta’s men shouldn’t come into this match worried at all. Arsenal is in one of the best forms we’ve seen from them this season. Even if we consider that their last defeat was against 15th place team Southampton, it’s safe to say that they didn’t get fazed by it if we look at their following matches. Their most recent victories were against Man United, West Ham, and Chelsea, all teams that are sitting at the top of the standings.

Leeds doesn’t have a lot of hope coming into this match, but they can still try and upset one of the best teams in the Premier League. The biggest concern for them is that Arsenal won’t go easy on them as they want to continue the win streak.

The implied probability for these two teams attached to the betting lines have Arsenal at a 69.23% chance of winning the game, meanwhile Leeds have 14.81% probability of finishing the game with the W.