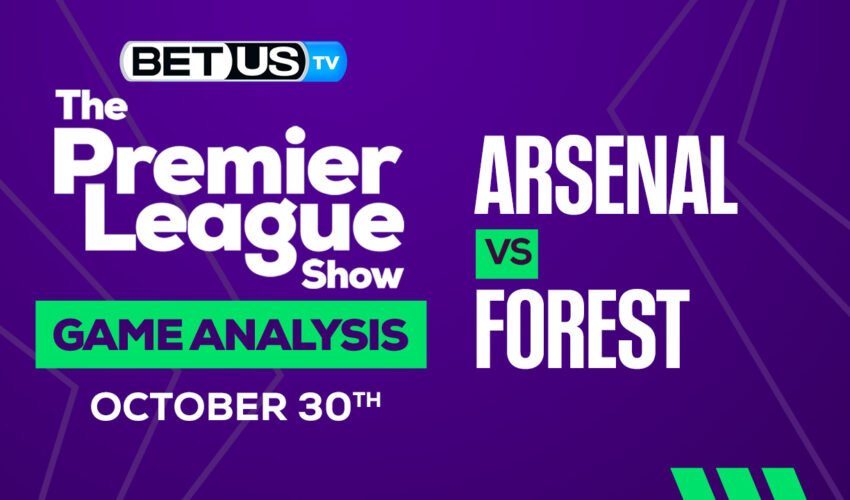 At Etihad Stadium, Arsenal will host Nottingham Forest on Saturday, Nottingham Forest is currently at the bottom of the standings, whereas Arsenal is currently in first position. On the previous matchday, both teams had contrasting fortunes. Nottingham recently upset Liverpool, with a goal from Saw Awoniyi in the second half giving the Trees the victory. On the other side, Inspired Southampton managed to hold Arsenal to a 1-1 draw.

In its last five home games, Arsenal has allowed 7 goals. In every single one of Arsenal’s home games, the opposition has scored a goal. Most opponents have scored their opening goal between the 50th and 75th minute, and Arsenal’s defense has been found wanting in the second half. Unexpectedly, Arsenal has given up considerably fewer goals away from home than at home. But the vulnerability is still there.

Nottingham Forest have been handed a boost ahead of Sunday’s trip to face league leaders Arsenal. Midfielder Lewis O’Brien has been pictured back in training with the Reds, having missed the last three games. The summer signing has been absent due to illness, which head coach Steve Cooper has said “really knocked him back”. Cooper already has a selection dilemma when it comes to his midfield, regardless of whether O’Brien is fit enough to start in the capital. Ryan Yates, Remo Freuler and Cheikhou Kouyate all impressed on Saturday and will hope to keep their places in the starting XI.

Arsenal have dominated the 22/23 season in the Premier League, standing in first place, a point ahead of Manchester City. Last week’s draw has put some pressure on them, and they know they have to win in order to keep their top position in the league. Meanwhile, Forest have been pretty terrible, but their last game against Liverpool has definitely shown them that they’re capable of standing up against the Big 5.

The implied probability for these two teams attached to the betting lines has Arsenal at a 84.00% chance of winning the game, meanwhile Nottingham Forest has 5.88% probability of finishing the game with the W.