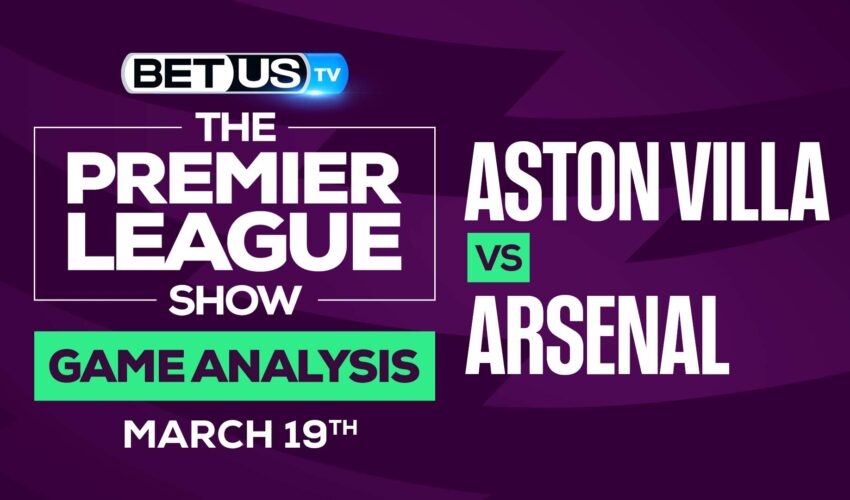 In-form Arsenal will try to make it two wins in a row against Aston Villa after beating them 3-1 in the reverse fixture. Join us as our top Premier League capping experts deliver their best bets, soccer predictions, and free tips ahead of this Matchday 30 fixtures. Sign-up at BetUS TODAY and get a 125% sportsbook bonus up to $2500 by using the Promo Code BETUSTV125. Terms and Conditions apply.

Aston Villa will be out for a third successive Premier League home win against Arsenal in the only match on Saturday. The Villains have won their last two battles against Arsenal at Villa Park by a 1-0 scoreline. Steven Gerrard’s side had a three-match winning streak ended by West Ham United on Monday and will be hungry for a response, with Barcelona loanee Philippe Coutinho the key man for the hosts in this. Arsenal lost both fixtures to Villa last season, also going down 3-0 on home soil, but they did win 3-1 at the Emirates Stadium back in October. Thomas Partey, Pierre-Emerick Aubameyang, and Emile Smith Rowe were on the scoresheet in that triumph and the Gunners did win seven in a row against Villa from 2014 to 2019.

Kick back with BetUS’s host, Gordon “Flash” Watson, who’ll be hanging out with our soccer experts, Mark Stinchcombe and Mark O’Haire, to discuss the latest Premier League odds and hook you up with their hottest Premier League picks, free tips, and best soccer bets for Matchday 30.