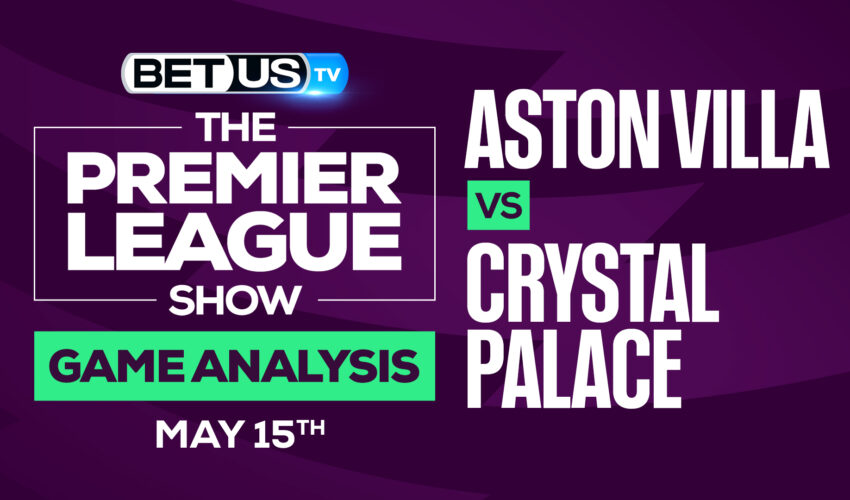 Aston Villa will host Crystal Palace at the Villa Park on May 15 for a match that’s very important as they are in a close race to reach the top 10 in the Premier League standings. They are only 1 point apart, but the Aston Villa has a very tough calendar ahead of them as they still have to play against Man City on May 22. On the other hand, Crystal Palace’s path towards the top 10 is looking more clear for them.

In their last match against Liverpool, Gerrard’s line managed to get a lead very early on in the game. Douglas Luiz scored the first, and unfortunately, the only goal for the Aston Villa. They couldn’t withstand Liverpool’s aggression as Klopp’s men took complete control of the field.

But before facing their last defeat, Aston Villa was on a decent 2-game win streak, although it’s important to note that those games were against Burnley and Norwich, two of the teams sitting at the bottom of the standings. If Gerrard’s men are able to perform as they did against Liverpool, then they might have a good shot against Crystal Palace.

Now, Vieira’s team is looking somewhat shaky, they have won their last 2 matches but those weren’t against teams that are performing great. They had a 1-0 victory against a Watford that hasn’t won in over 6 games. They also recently had a goalless draw against the the18th-place team Leeds.

The worst thing in all of this is that Crystal Palace had a tough time against Aston Villa back in November. Gerrard’s side took the lead from the get-go after Targett scored the first goal around the 15-minute mark, and Vieira’s side never had a chance to come back into the game, finishing the game with a 2-1 score in favor of Aston Villa.

The implied probability for these two teams attached to the betting lines have Aston Villa at a 48.78% chance of winning the game, meanwhile Crystal Palace have 27.78% probability of finishing the game with the W.