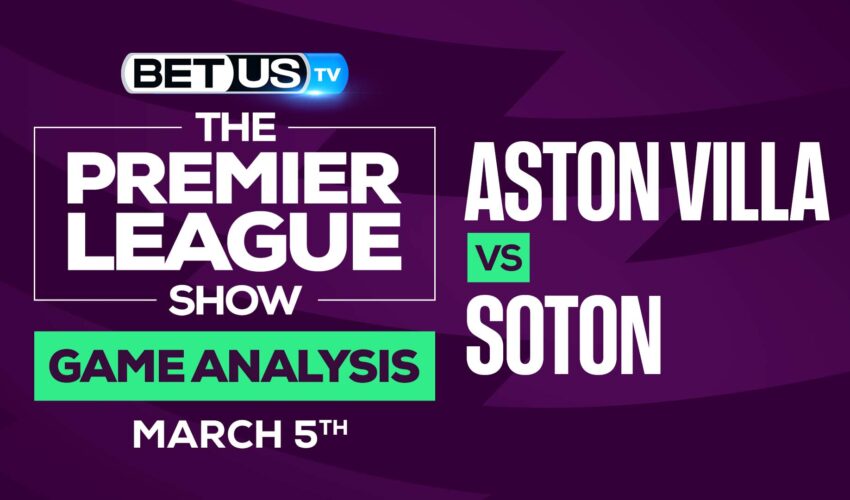 Steven Gerrard’s men have a home clash with Southampton on Saturday, March 5, and will be looking to build on last weekend’s 2-0 victory at Brighton. Join us as our top Premier League capping experts deliver their best bets, soccer predictions, and free tips ahead of this Matchday 28 fixtures. Sign-up at BetUS TODAY and get a 125% sportsbook bonus up to $2500 by using the Promo Code BETUSTV125. Terms and Conditions apply.

Aston Villa has had a full week to prepare for their home game against Southampton in the Premier League this weekend and will be looking to make the most of their guest’s busy schedule. The Saints progressed through to the next round of the FA Cup in the midweek via an impressive 3-1 victory over West Ham with a rotated starting eleven. Southampton beat Aston Villa 1-0 when the two sides locked horns for their reverse league fixture in November and have won five of the pair’s last six encounters in the Premier League. Aston Villa head into this weekend’s clash with two wins, two draws, and two defeats from their last six matches while the Saints have won five and drawn one of their last six outings. Three of the last four meetings in the league between the two teams have produced under 2.5 goals. Fewer than three goals have also been scored in four of Aston Villa’s and three of Southampton’s last five outings in all competitions.