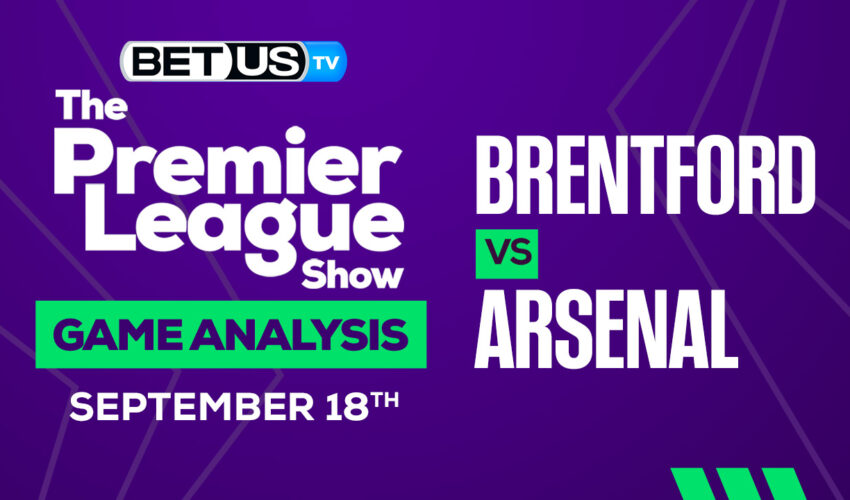 Brentford host Arsenal on Sunday in a Premier League meeting between two of the capital’s fast-starters at Gtech Community Stadium. Thomas Frank’s Bees have accrued nine points from their first six games, the same tally they racked up last season when opening the campaign with a memorable 2-0 victory at home to Arsenal.

Meanwhile, the Gunners lost their first three matches last year but sit top of the table going into the weekend’s fixtures with five victories from six outings. Fortunately for them, Thomas Partey has returned to Arsenal training after a month-long layoff with a thigh problem. Mohamed Elneny and Reiss Nelson aren’t expected to feature in the short term. Cedric Soares and Emile Smith Rowe have returned to non-strenuous training but may not be risked this weekend.

Frank will be without Christian Norgaard for at least the rest of the month as the Danish midfielder recovers from Achilles tendonitis. Ethan Pinnock has returned to a light form of training as part of his recuperation from a knee injury and Sergi Canos is “a tiny bit away” according to his manager. Brentford have beaten Arsenal just once since the Second World War broke out, although that victory did come at Sunday’s venue barely a year ago.

However, for all the haunting memories Arsenal will have of that balmy Friday night in August 2021, Mikel Arteta’s side have undergone a dramatic facelift. Aaron Ramsdale has replaced Bernd Leno, William Saliba has ushered Pablo Mari out of the way and Gabriel Jesus offers a different threat entirely to the inexperienced Folarin Balogun. Frank’s side have been in riotous form going forward this season, only Manchester City have outscored Brentford in the league, but Arsenal maybe, and just maybe, will have just enough to overcome their hosts’ hot streak this Sunday.

The implied probability for these two teams attached to the betting lines has Brentford a at a 21.98% chance of winning the game, meanwhile Arsenal has 56.52% probability of finishing the game with the W.