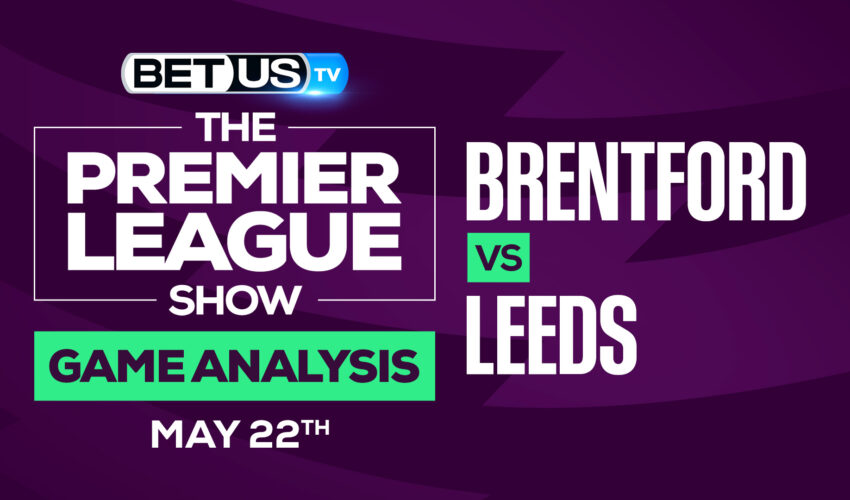 On May 22, Brentford and Leeds will play their last match of the season at the Brentford Community Stadium, where Marsch’s men will have their last opportunity to lower their chances of falling into the relegation zone. Leeds is only 1 point ahead of Burnley in the standings, which means that even if Leeds wins their game against Brentford, they still depend on the outcomes of Burnley’s last two matches of the season.

Marsch’s side is far from being the absolute favorite in this game, but let’s be honest, they are now in a life-or-death situation so it wouldn’t be surprising to perform better than they’ve ever done throughout the season. Although it’s important to note that even after they got themselves into this situation, Leeds’ players haven’t picked up their slack and were unable to win any of their last 5 matches. They barely scored a draw against 10th-place Brighton, after Pascal Struijk managed to score a goal at the 92th-minute mark.

Now if we look at the other side, Brentford comes into this match on a much better form, they’ve won 3 out of their last 5 games, and although they played against some of the teams sitting at the bottom of the standings, it’s still good to see them able to meet the expectations in this last part of the season. Frank’s side already secured Premier League safety, which is probably more than enough for them, considering this is their first time playing in first division since the 1946-47 season.

And that’s what might be the key factor that determines this game’s outcome. Brentford really isn’t fighting for much anymore and in Leeds’ case, it’s the complete opposite. We’ve seen time and time again teams being able to pull miraculous comebacks in the last part of the season, whether it might be to secure a spot at the top of the standings, or to save themselves from the relegation zone. Marsch’s side will have to put all their efforts into this match, even if they know that their fate doesn’t depend entirely on them.

The implied probability for these two teams attached to the betting lines have Brentford at a 42.55% chance of winning the game, meanwhile Leeds have 35.71% probability of finishing the game with the W.