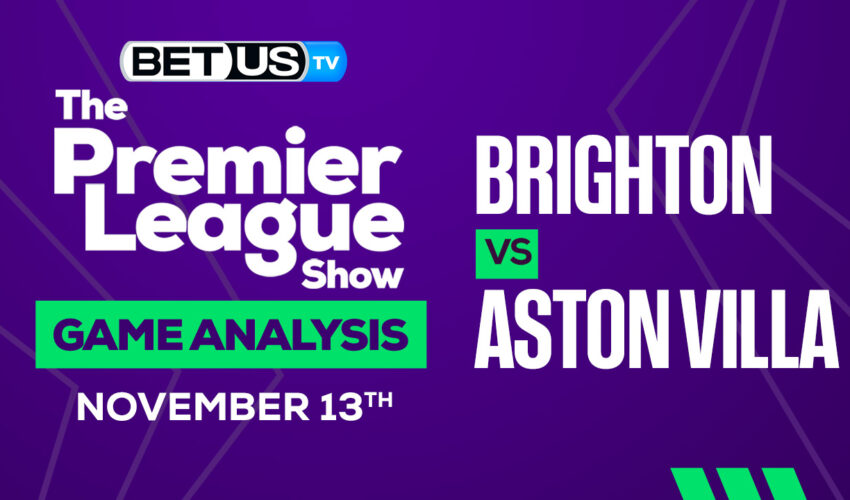 Amex Stadium will host Sunday’s Premier League game between Brighton and Aston Villa. The Seagulls continue with excellent performances way above their weight in the English top flight, and they are likely to stick to their attacking style of play coming into this bout. A man to watch in the home team will be Leandro Trossard, who already has 7 goals and 2 assists on his tab.

The Villans, on the other side of the field, have been rather shaky as of late, but it seems the arrival of boss Unai Emery is going to help the team improve their game fundamentals. Emery’s troops impressed in the triumph over Cristiano Ronaldo and teammates, which is probably the main reason why they might come on a high and hold Brighton to a draw. Aston Villa will be missing Coutinho who has joined fellow Brazilian Diego Carlos in the recovery room.

Too many draws have been Brighton’s problem this season with 12 of their 25 games ending all square, this proves to be the difference in quality needed for the team in order to push for the mid table spots. As for the last couple of seasons they have continued this trend, losing points to clinch the top mid table of the EPL.

Aston Villa have only had 3 stalemates in their 24 games but 2 of those have been in their last 5 recent matchups. Unai Emery’s men will also look to find some consistency and stability with him under the helm, as the roster itself does look like it has the potential to push for a mid table finish.

This game is unlikely to feature goals, however this time around we lean towards Brighton. As the hosts recent form in offense might be able to break the deadlock coming into this matchup.

The implied probability for these two teams attached to the betting lines has Brighton at a 54.55% chance of winning the game, meanwhile Aston Villa has 23.53% probability of finishing the game with the W.